You are here: Home / Archives for CES

Conducted every year in December, our CES Survey has fallen into a fairly predictable response pattern. But this year something changed…something big…delivering us a huge SHOCK! END_OF_DOCUMENT_TOKEN_TO_BE_REPLACED

But DDG denies that these defections spell its doom… END_OF_DOCUMENT_TOKEN_TO_BE_REPLACED

If this is December, than the 2013 International Consumer Electronics Show (CES) is just around the corner. Once again, we are asking all strata-GEE.com and ALERT readers to take a few short minutes out of their day to take our survey and share their thoughts on this important event.

Whether you’re planning on traveling to Las Vegas, NV to attend the show at the Las Vegas Convention Center January 8-11 or not…we want to hear YOUR opinion of this event.

It’s a tough time to be an executive at one of the major television manufacturer’s these days. After a record run – with help from the U.S. government mandating a switch to digital broadcasting virtually forcing American consumers to upgrade their sets – the industry appears to have lost its mojo. So, with great fanfare, manufacturers went back to the well, trying to convince consumers to “upgrade” their sets to new 3D capable sets. But 3D was a dismal flop.

Now manufacturers have dug deep into their bag of tricks to offer 4K HDTV, also known as Ultra HDTV… END_OF_DOCUMENT_TOKEN_TO_BE_REPLACED

Then Custom Electronic Design & Installation Association (CEDIA) today released attendance data from last week’s Expo in Indianapolis, IN and it was a mix of good news and bad news. Let’s get the bad news out of the way first. Total attendance at the event came in at 16,900, down 4 percent from last year’s attendance of 17,600. This figure is also the lowest recorded attendance since 2001, coming in 1.8 percent under that year’s attendance level of 17,200.

But is there a silver lining?… END_OF_DOCUMENT_TOKEN_TO_BE_REPLACED

Little did I know that when I entered the hall, I had a rather intense surprise waiting… END_OF_DOCUMENT_TOKEN_TO_BE_REPLACED 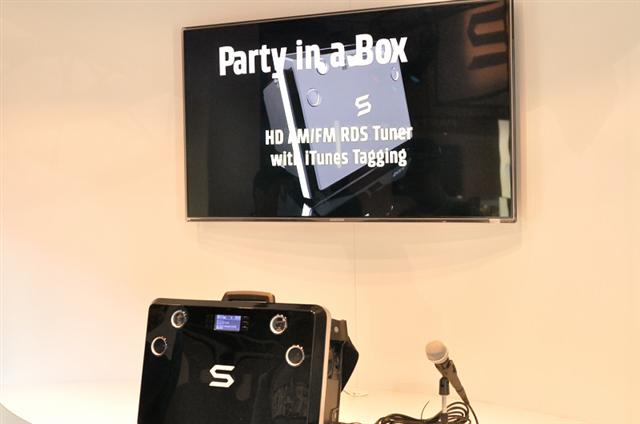 <January 25, 2012> First revealed by the ALERT just after the 2010 CEDIA Expo, Soul by Ludacris at CES showed their remarkable product with a funny name, the Party In A Box. [ See original story here…]Sort of a boombox on steroids, PIAB was meant to re-invent boomboxes adding in today’s new technologies and taking the street beat to a whole new level. END_OF_DOCUMENT_TOKEN_TO_BE_REPLACED 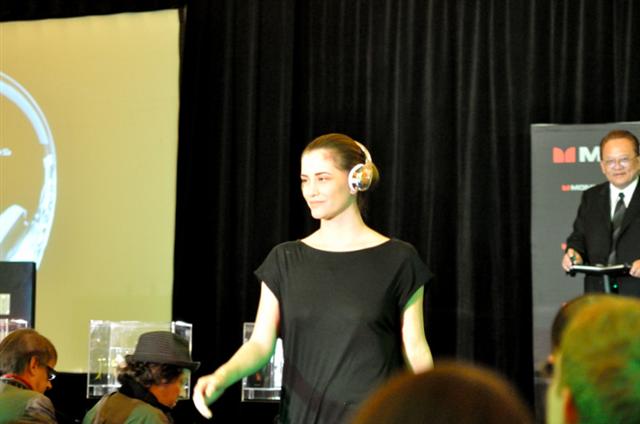 <January 25, 2012> In what had to be one of the more unusual press conferences we’ve attended, Monster Cable – who wants us all to drop the “Cable” from their name – launched a whole roster of partnerships including the clothing brand Diesel, and put on a fashion show for both their Diesel-related products and their new Inspiration headphone line. Yes, that’s right, we said a fashion show complete with models walking down a runway of sorts (a cleared center aisle) with music blaring and flashing colored lights, showing off various Monster headphones. END_OF_DOCUMENT_TOKEN_TO_BE_REPLACED

<January 18, 2012> The day before the International Consumer Electronics Show opens, the show promoter holds something they call “Press Day.” Press Day is a mind-numbing endurance test of the media’s stamina with back-to-back-to-back-to-etc. press conferences. Each press conference is supposed to be 45-minutes long to give the press 15-minutes to move to the next one. END_OF_DOCUMENT_TOKEN_TO_BE_REPLACED

<January 18, 2012> When my kids were younger, they used to really love those Magic Eye puzzles. You know, the puzzles that look busy with lots of bright designs and graphics, but a hidden image is buried within them if you put your nose on the page, defocus your eyes, and really concentrate? This could be a pretty good analog of this year’s recently completed CES. How so, you ask? END_OF_DOCUMENT_TOKEN_TO_BE_REPLACED

*Work From Anywhere By now, most in the industry know that Crestron … END_OF_DOCUMENT_TOKEN_TO_BE_REPLACED