You are here: Home / Archives for Management

CEDIA, the Custom Electronic Design and Installation Association, announced earlier this week that it has named Giles Sutton, current Senior Vice President of Member Success and Sales, and Kory Dickerson, current Senior Vice President of Operations, as Interim Co-CEOs, replacing Tabatha O’Connor – the current CEO whose contract is ending in January. The Board of Directors had previously announced that it decided not to extend O’Connor’s contract, but didn’t say why. Ostensibly, the organization is still searching for a more permanent solution, but for now, we get two CEOs instead of one.

END_OF_DOCUMENT_TOKEN_TO_BE_REPLACED

EVA Automation, the now former owner of Bowers & Wilkins (B&W) dodged a bullet when late last month U.S. Bankruptcy Judge, the Honorable Hannah L. Blumenstiel, entered an order dismissing the involuntary petition for Chapter 7 bankruptcy brought against them by Top Victory Investments Limited (whose attorneys use the acronym TPV). With that decision, a forced bankruptcy was avoided. However, as court records clearly demonstrate, the company did feel some pain as a result of this filing, and according to their attorneys were in the process of conducting an orderly shut down of the business.

Not only that, but we learn much more about EVA Automation‘s relationship with Bowers & Wilkins – and their degraded circumstances based largely on the failure of their Formation wireless speaker line marketed under the B&W brand.

END_OF_DOCUMENT_TOKEN_TO_BE_REPLACED

In an unusual Saturday night filing, Guitar Center, Inc., parent company to AV integration company Audio Visual Design Group (AVDG), filed for bankruptcy protection. The move was widely expected by many industry watchers for years, and caps a difficult business history for Guitar Center, starting back in 2007 when they were first acquired by Bain Capital.

END_OF_DOCUMENT_TOKEN_TO_BE_REPLACED

But Is Everything Really as Good as It Looks?

Sonos, Inc. [NASDAQ: SONO] released their fourth quarter and full year financial results for fiscal 2020. Their performance pleasantly surprised Wall Street and their stock value exploded well over 20% in Thursday trading as the company exceeded analysts’ estimates for both revenue growth and profits. But is everything as it appears here?

END_OF_DOCUMENT_TOKEN_TO_BE_REPLACED

Onkyo Corporation had a really tough fiscal 2020 – the fiscal year that ended March 31, 2020. How tough was it? So tough that the company was forced to announce that a massive drop in revenues and record losses had pushed the company into insolvency – calling into question its ability to continue as a going concern. It doesn’t get much tougher than that. And this announcement triggered a Tokyo Stock Exchange action – invoking a rule that starts a clock on a limited grace period for the company to cure the situation – their insolvency – before a forced delisting from the JASDAQ stock exchange is implemented.

So what happens now with Onkyo?

END_OF_DOCUMENT_TOKEN_TO_BE_REPLACED

When we last visited with Velodyne, it was all the way back in 2014 when the company quietly laid off audio staff, and suddenly – without warning – fired all of their manufacturer sales representatives and their dealers. Shortly after this, the company hired a high-powered retail executive (who would go on to eventually go to prison) to launch a direct-to-consumer business. Our coverage drew the attention of then Velodyne President Marta Thoma Hall, who is wife of company founder and chief engineer David Hall, leading to an interview with her on the many dramatic changes taking place at the company. Whew! That was a lot of action in a very short period of time.

Ultimately, it appears that David Hall got bored with audio and moved on with his new prized invention – an improved Lidar (Light Detection and Ranging) sensor technology that is important to the autonomous vehicle market. According to a report by Audioholics, Ford and China’s Baidu partnered to invest $150 million in Velodyne’s Lidar technology and Elvis…er…Hall…has definitely left the audio building. Velodyne split into two companies (Velodyne Lidar is now a $100 million public company [NASDAQ:VLDR]) and for a time last year, it looked like curtains for the audio division.

But now Velodyne’s audio division is back…

END_OF_DOCUMENT_TOKEN_TO_BE_REPLACED

Just when you thought 2020 was almost over and the COVID calamity and its associated disasters were mostly behind us, a source tipped Strata-gee off to a major new disaster that will almost surely cause a significant disruption in the 2021 supply of those critical A/V products we all use/sell/and install every day. You may not be aware of this AKM fire story now, but we are all facing what will likely be another major supply chain headache in the near future.

Warning – your supply of key products is now threatened…

END_OF_DOCUMENT_TOKEN_TO_BE_REPLACED

Emerald Holding, Inc. (NYSE:EEX), formerly Emerald Expositions, reported their fiscal 2020 third quarter results this week and despite their best efforts to shift their business to online virtual conferences, the company reported revenues of just $8.5 million and generated a net loss of $22.3 million. This loss was even deeper than their loss of $19.7 million in the same quarter in 2019 which was well before the COVID-19 pandemic hit the U.S.

END_OF_DOCUMENT_TOKEN_TO_BE_REPLACED

In what constitutes just one more sign that the COVID-19 pandemic will continue to have a lasting impact on how we do business for the near-to-medium-term future, Savant has come up with a cool way to cleverly optimize the showroom experience in this new difficult environment. The company was in the process of building an all-new Savant Experience Center in New York City when the pandemic hit. Then, when construction was completed, company managers looked at each other and said, now what?

What did Savant come up with? Read on…

END_OF_DOCUMENT_TOKEN_TO_BE_REPLACED

This News Follows Other Prominent Departures

The Custom Electronic Design and Installation Association (CEDIA) announced at the end of last week that Global President and CEO Tabatha O’Connor will “depart” the organization at the end of her contract period in January. The news caught many by surprise and the organization’s announcement gives no clue as to any of the reasons behind this leadership change.

END_OF_DOCUMENT_TOKEN_TO_BE_REPLACED 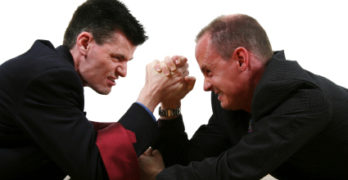