You are here: Home / Archives for consumers

And Many of Them are Gone for Good

Market researchers are sounding the alarm as new research indicates that almost half of all moviegoers are no longer buying tickets to see movies at the theater. They say theater owners must “‘urgently’ rethink the experience.”

Where have all the movie fans gone? Read on to find out…

END_OF_DOCUMENT_TOKEN_TO_BE_REPLACED

A new poll from Gallup suggests that consumers are in the mood to spend – and spend generously – at the upcoming holiday season. How much will they spend? What percentage of Americans say they’ll spend less? Or more? Read below to see the results of this surprising poll…

END_OF_DOCUMENT_TOKEN_TO_BE_REPLACED

Control4 has issued an advisory this week to reassure integrators and their clients that the company will support the ‘Works With Google Assistant’ program and is working on new Nest drivers consistent with Google’s Certification standards to avoid issues related to the recently announced shutting down of the ‘Works With Nest’ program.

See how Control4 is springing into action…

END_OF_DOCUMENT_TOKEN_TO_BE_REPLACED

New research from Irdeto, a digital platform security firm, shows that a wide majority of consumers around the world are deeply concerned about the security of IoT (Internet of Things) devices. While the rollout of IoT devices continues to balloon, consumers are telling researchers that they are worried these devices are prone to destructive hacking.

Ask any marketing professional, the last ten years have brought a dizzying array of all-new 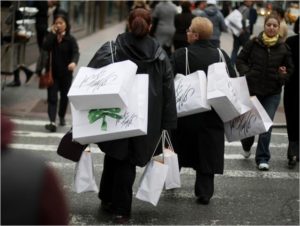 So a new consumer survey really caught our attention when it showed which advertising method consumers most trust. It really kind of blew our mind.

There is a lot of buzz surrounding Amazon’s Echo product, a tabletop computer featuring a voice-controlled digital assistant named Alexa. Alexa will play your favorite music, get your morning news update, find out today’s weather for you, and more. All you have to do is ask Alexa.

But the survey didn’t stop there… END_OF_DOCUMENT_TOKEN_TO_BE_REPLACED