You are here: Home / Archives for URC

BluOS, the music management and operating system that is part of Lenbrook International, announced a couple of important integration partnerships today – and in so doing, demonstrate their growing influence as a leading premium music system user interface in the industry. The company says it has new integrations with both URC and Crestron.

Learn more about these BluOS integrations…

END_OF_DOCUMENT_TOKEN_TO_BE_REPLACED

URC and Somfy announced last week that they have come together in “a new phase of collaboration in smart home automation.” Building on the established strengths of the partners, both URC and Somfy end users will benefit from a seamless integration of Somfy products with URC control solutions.

END_OF_DOCUMENT_TOKEN_TO_BE_REPLACED

For several days now, multiple sources have reached out to Strata-gee to report that Doug Cole, Senior Vice President and General Manager of Universal Remote Control – better known as URC – has left the company. I have confirmed his exit, a decision that marks the end of a long career leading the organization’s sales and marketing efforts.

END_OF_DOCUMENT_TOKEN_TO_BE_REPLACED

CEDIA announced today that it has selected Chang K. Park as the recipient of its Lifetime Achievement Award for 2016. Park will be so honored at the CEDIA Opening Keynote on Wednesday, September 14, 2016.

See more on URCs Park and why he was selected… END_OF_DOCUMENT_TOKEN_TO_BE_REPLACED

Universal Remote Control, Inc. (URC) announced on Tuesday that its West Coast Sales Manager Marguerita Kiser has passed away after a brief illness. The company noted in a brief but solemn statement that it is in mourning.

See more on this sad news from URC… END_OF_DOCUMENT_TOKEN_TO_BE_REPLACED

Autonomic Controls, Inc. announced today that it has launched a driver that integrates its popular MMS-2A and MMS-5A Mirage Music Players with the URC Total Control system. Combining one of the most popular high-resolution music player & lossless streaming systems with one of the most popular control systems is bound to be a hit with integrators, AND make their lives much easier.

See more on this announcement from Autonomic… END_OF_DOCUMENT_TOKEN_TO_BE_REPLACED

But UEI Says ‘It is Not Over’

For the last couple of years, there has been a running court battle between two of the titans of the remote control category: Universal Electronics, Inc. (UEI) and Universal Remote Control, Inc. (URC). Today, one of them, URC, announced victory in the first of two pending patent infringement lawsuits that was originally filed in 2012.

URC claimed a complete victory – but Strata-gee.com has received a statement from UEI who says, in effect, not so fast – this dispute is far from over.

The Home Technology Specialists of America (HTSA) on Tuesday announced their top vendor awards for 2013. These awards were handed out at their Fall 2013 dealer conference held last week and included a special Lifetime Achievement Award.

URC, the former remote control king that has morphed into a home automation company, announced on Tuesday the MRX-4SEN Sensor Extender and six new sensors that tie into their well-regarded Total Control System. A clever system add-on, the sensors allow a range of system inputs that can trigger actions or Macros.

Learn more about this clever new product from URC… END_OF_DOCUMENT_TOKEN_TO_BE_REPLACED 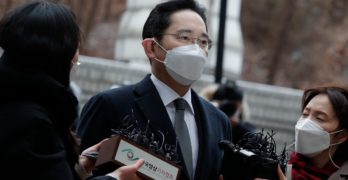 Who Will Run the Company with Lee Incarcerated? On Monday, Samsung … END_OF_DOCUMENT_TOKEN_TO_BE_REPLACED