You are here: Home / Archives for Origin Acoustics

No Need to Panic Now, But Maybe Soon

I received a tip from a tech supplier here in the U.S. that the Coronavirus epidemic impacting China is a big problem getting bigger every day…and that our industry needs to think about – and prepare for – the impact on our supply chain. This week, Strata-gee surveyed several brands to learn their status on product supply…and what their perspective was on the near-term future impact of this epidemic taking place in China.

END_OF_DOCUMENT_TOKEN_TO_BE_REPLACED

Origin Acoustics announced this week that it has promoted current Sales VP Marc Fisher to the unusual title of President of Sales. The company also the appointment of John Marchionda as Chief Marketing Officer (CMO).

END_OF_DOCUMENT_TOKEN_TO_BE_REPLACED

Always an entertaining stop at CEDIA, Origin Acoustics didn’t disappoint again this year with a significant number of new models, some other updated models, and new announcements. See what caught my eye at this CEDIA Expo…

END_OF_DOCUMENT_TOKEN_TO_BE_REPLACED 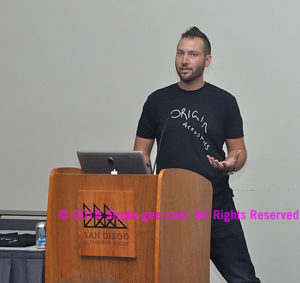 As usual, our first official CEDIA Expo press conference was Origin Acoustics. And as usual, Origin begins the show by putting on the Dave Donald show. Donald, who is Origin’s “Worldwide Ambassador,” is a showman at heart with a dynamic speaking style and sprinkles of exciting hyperbole. I have to say, while Donald seemed slightly lower key that at past shows, you certainly won’t drift off to sleep when he’s verbally throwing new models at you.

But what followed next is what really caught our attention… END_OF_DOCUMENT_TOKEN_TO_BE_REPLACED

Portal announced today that it has secured a deal with Origin Acoustics which will allow dealers to select and purchase Origin products through its unique, brand-agnostic, proposal and purchasing web portal for integrators. The deal includes not only Origin products, but iRoom brand models as well. And Portal says it will be offering “exclusive access to the award winning Valet Amplifier system.”

See more on this new line being offered through Portal… END_OF_DOCUMENT_TOKEN_TO_BE_REPLACED

AudioControl announced last week that it was launching an all-new program called the Sound Partners Program. But this isn’t just a new program…it’s a unique concept in speaker/amplifier integration. 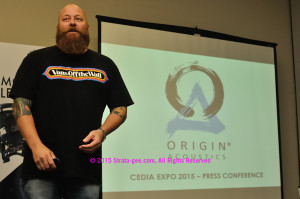 “I can tell you the last year has been a really exciting adventure,” Origin CEO Jeremy Burkhardt said, kicking off an Origin Acoustics press conference at last week’s 2015 CEDIA Expo in Dallas. Having officially launched the company at Expo last year, company executives sought to celebrate this milestone. And, much as they did last year – the company announced several new products for the coming year.

We found some interesting stuff here at the start (and from the days leading up to the start) of CEDIA’s 2015 Expo. There was a lot to sift through, but what follows are some of the more interesting products and technologies we found at the start of the show – presented in no particular order.

See items of interest from the start of CEDIA Expo… END_OF_DOCUMENT_TOKEN_TO_BE_REPLACED

ProSource, a retail buying group that describes themselves as the biggest integration, audio, and video buying group in the country, said this week that it has added Origin Acoustics – an all-new company – to its product line-up. According to ProSource, Origin has chosen them as its “exclusive buying group.”

As Origin is revealed, does it exceed the pre-launch hype…or is it just bull?… END_OF_DOCUMENT_TOKEN_TO_BE_REPLACED