You are here: Home / Archives for Daniel Kippycash

A new group of industry veterans have formed for the purpose of launching six regional trade shows covering the entire U.S. – three shows taking place in the fourth quarter of 2014 and another three shows in the first quarter of 2015. The group says that this event – called The Tech Tour – came about as the result of manufacturers, representatives, and media representatives working together to provide dealers and installers a new easy-to-attend regional tradeshow and educational event.

Learn more about The Tech Tour below… END_OF_DOCUMENT_TOKEN_TO_BE_REPLACED

According to the company, this announcement is part of an overall expansion of its executive team, as the company seeks to build up its infrastructure to better address its rapid growth. 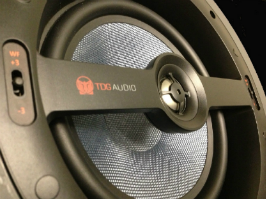 The DaVinci Group (TDG) announced that it has added new partners to its sales representative and distribution network, expanding its sales force backbone to help better serve dealers and integrators as the company continues to grow. The Ontario, CA-based company launched at the end of last year and says it has experienced rapid growth through the end of 2013. This growth continues to accelerate as the company brings more regions on board,

The DaVinci Group announced today a significant upgrade to its warranty program – already one of the best overall warranty programs available. Currently, the company offers 2-years parts and labor on all wireless products, 5-years parts and labor on all amplifiers, and an impressive Lifetime replacement warranty on all architectural speakers, volume controls, and speaker selectors. How do you improve on a solid warranty package like that?

What is The DaVinci Groups’ WarrantyPLUS™? If you’re a dealer, you’ve got to see this… END_OF_DOCUMENT_TOKEN_TO_BE_REPLACED

Strata-gee.com has learned that the Digital Delivery Group once again finds itself without an executive director – only six months after naming Daniel Kippycash as Executive Director at the end of December 2012. The group remains embroiled in turmoil as it was in the midst of a major change of direction and a membership recruitment drive to replace several members who had departed the group for newcomer Catalyst AV. After having been briefed on the group’s progress in late March, we recently contacted the organization for a new update and learned of the executive director’s departure.

See more on this surprising turn of events… END_OF_DOCUMENT_TOKEN_TO_BE_REPLACED

In late December 2012, just days before the January Consumer Electronics Show, there was a relatively significant shift in alliances in the world of national distributor groups that we reported on. First we learned of the creation of a new group, CatalystAV – a group whose announcement contained the names of four members of the existing Digital Delivery Group (DDG) group. We also learned that DDG, in addition to losing some key members, had also parted ways with existing Executive Director Dave Kaplan and hired Daniel Kippycash of The DaVinci Group as his replacement.

But DDG denies that these defections spell its doom… END_OF_DOCUMENT_TOKEN_TO_BE_REPLACED