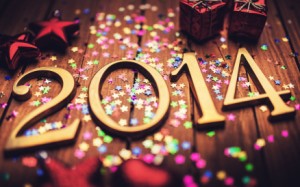 What a remarkable year 2014 was, don’t you think? I suppose we could say that about almost any year, but in TECH we’ve seen some amazing trends that will have a lasting impact into 2015 and beyond. So in this article, we look back on some of the more remarkable events of 2014.

See our take on the most impactful trends of 2014…

Ask any parent which is their favorite child and they almost certainly tell you they love all of their children equally. Writers are like that as well. Of all of the many stories we’ve written in 2014, which is our favorite? All of them…

But certainly, looking back at 2014 did reveal some interesting trends. In this post we reveal some of those trends of themes that we feel are significant. It is by no means an exhaustive analysis – but a highlight of those we feel are of particular significance.

So here then, in no particular order, are our top themes of 2014:

The Restructuring of Japan…

Without question, Japan as a country continues to struggle through tough economic times and has officially fallen into recession. In fact, prime minister Shinzo Abe – in a very aggressive move – just forced a national vote of confidence for his administration…and in that successful effort has announced a large $29 billion economic stimulus package.

But nowhere are Japan’s economic challenges more evident than in the changing face of their technology industry. Two major themes developed – the de-emphasis of the television divisions at virtually all Japanese manufacturers; and a shift in emphasis away from consumer products toward more commercial business.

While the restructuring of the Japanese TECH business has been moving this direction for years – major moves took place in 2014.

See some of our top stories from 2014 on this theme:

This is Big: JVC Kenwood Turns Away from Consumer Electronics; Picks Commercial Biz Instead

Sony, Finally Making Its Move, Puts the Computer Biz Up for Sale; TV Biz is Next Target for Shake-Up

Sony Cuts Get Deeper – A Third of U.S. Staff to be Cut; 20 Sony Stores Will Close

Pioneer Pulls Out of AV

The Roll-Out of Dolby Atmos…

Dolby Laboratories launched an all-new surround sound format – their first in years – that they call Atmos. While Atmos has many new elements to it, the most significant aspect is that it adds an overhead sound source that either utilizes downward firing speakers – or a special module that bounces sound off the ceiling and back down to the listener.

Atmos is arguably the most significant development in surround sound in years and holds the promise of driving sales of new electronics and speakers. But we used the word “arguably” because there are many skeptics in the industry that describe the effect as an incremental improvement in surround accuracy that comes at a great additional cost to the consumer.

So far, only a handful of companies have launched Dolby Atmos products and there is little to no consumer demand as most consumers are unaware of the technology. Is Atmos the next big thing? Or is it the next big debacle?

Some of our top stories on Atmos:

A Deeper Dive into the World of Dolby Atmos; Is This Audio’s 3D?

Industry Aligns Behind Hi-Res Audio – or Tries to… 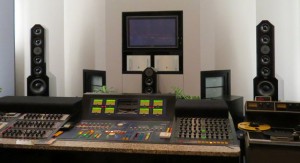 Another big “innovation” being discussed in the industry in 2014 is high-resolution audio (hi-res audio). Various official trade associations look to organize and market the technology which is defined as any audio media at CD-quality resolution and above.

Much like Atmos, some in the industry question whether consumers want hi-res audio. And trying to promote hi-res audio is tricky as well. Many in the industry feel consumers need to experience it to see the benefit. But specialty dealers – the type of retailer most likely set up to demo the technology – are disappearing and becoming few and far between.

Our stories on hi-res audio have drawn lots of comments as the industry debates the chances of success for the technology.

The Decentralization of Home Automation…

Another theme we’ve been reporting on and appears to be gaining traction, is the decentralization of home automation products. Once the domain of three or four huge control companies (i.e. AMX, Crestron, Control4, etc.), we’ve watched the emergence of a whole new roster of competitors offering, or promising to offer, a more decentralized version of home automation, perhaps even in your smartphone. 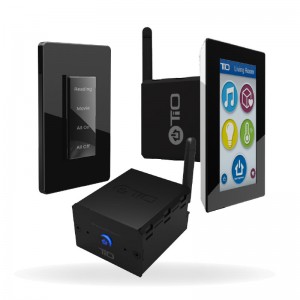 From the long-time-coming TiO…to upstarts OnControls…to looming participants Apple, Google, and even Amazon (via Lab126), there’s a lot of action in more-personal home automation and the impact on the overall industry is yet to be determined.

Some of our stories on decentralized home automation:

On Controls is On Fire

With New Funding & New CEO…TiO is Finally Ready for Takeoff

In addition to these technology themes…there were many company-specific stories that emerged in 2014. But to cover all of these would extend this already long post.

We could go on-and-on…but these seem to be some of the top themes for the year. Did we miss something? What do YOU think was the biggest story in 2014. Feel free to leave a comment on this story with YOUR top stories of 2014.