Heading to the train station at 6:15am Wednesday morning, I exited my air-conditioned home and was immediately slapped across the face with so much humidity my glasses instantly fogged up – momentarily blinding me. And although it was still somewhat cool this early in the morning, the sun rays made it clear we’d be headed into the mid- to upper 80s in just a few short hours. Here we go again, I told myself. Welcome to another hot, humid, sweaty June in New York. Must be time for CE Week.

I didn’t know it at the time, but CE Week was actually going to surprise me this year…

CE Week has always been a strange little show in search of meaning. It had kind of an amorphous purpose to its existence. Even the official description seems to struggle to peg just what it is: “the CE industry’s official mid-year meeting, conference and new technology showcase…”

The CEA, has made attempts to modify the show’s “feel” over the years. Remember the Digital Downtown? It was meant to be a digital exposition of technology for the rich, fat cat financial types so prevalent in Manhattan. But it turns out that those guys are actually busy during the day…so the format shifted again.

Then Digital Downtown beget the CEA Line Show, thus transformed into sort of a “meet the media” event where us media types were supposed to cull through a wide variety of small emerging companies to find the NBT (next big thing). More importantly, it was a way to milk money out of smaller struggling companies so desperate to try to get exposure to the press, that they’ll pay thousands of dollars for a booth and display. And thousands more for Manhattan hotels and restaurants.

But this schema over the last few years has been frustrating. Yes, there were somewhere between 120-150 (this year it was more like 180) booths of small, often hard-to-find companies. But most of it was pointless…small players offering “designer” phone cases, miniature toybots, flash drives of every color and shape, power adapters, headphones, tabletop systems, wireless speakers (buckets full of them)…and just about every accessory under the sun. If you’re a gadget geek, this stuff can be anywhere from mildly amusing to a total waste of time. They all claimed innovation…but this claim was, at best, dubious. 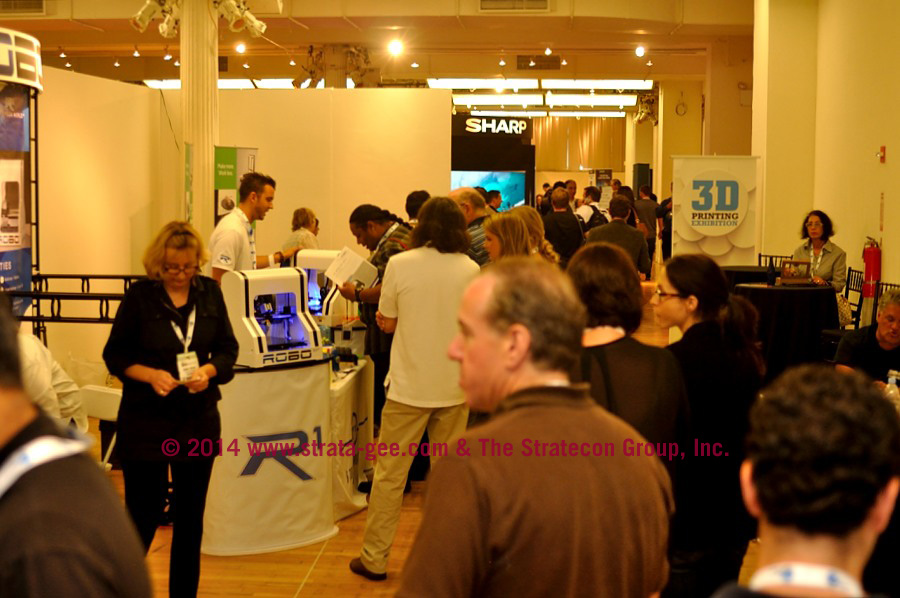 Only in a delusional mind…

But no matter what you thought of these sometimes clever gadgets…they were NOT the NBT – other than in the delusional minds of their creators. And it was often a long, tiring, and fruitless slog. Some years, the ratio of interesting gadgets to total junk was higher than others. This year – mmmm, not so much. 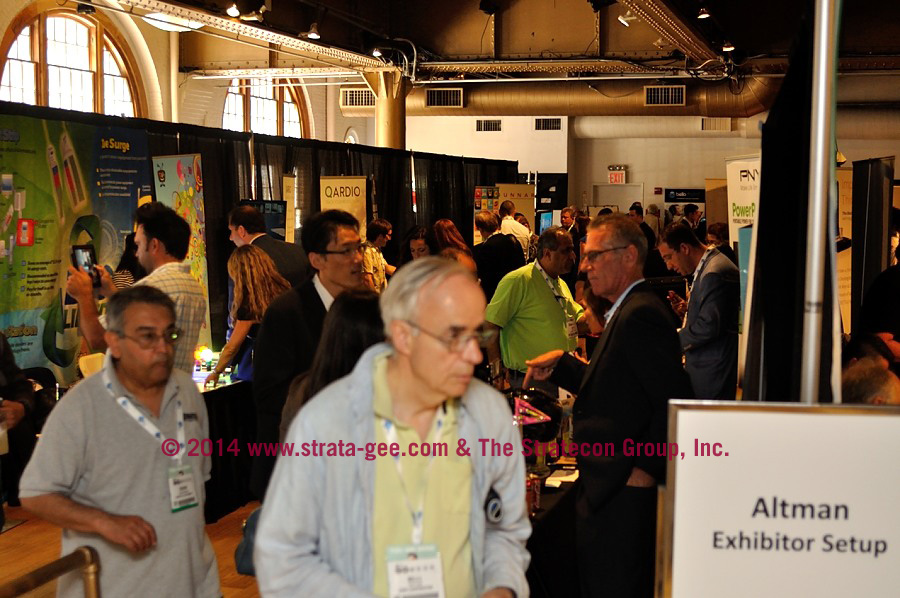 Naturally, like any trade show…you find the usual cast of characters. You know, the guys who go to every single trade show they can get to…to smile…to shake your hand…to tell you how great business is…and then to ask you if you know of anyone hiring. They tell me that with this trade show strategy, they hope to accidentally bump into business. (We think they need to rethink their marketing!)

Last year, to our eyes at least, it appeared that attendance was only marginally improved. But even that small gain in attendance may have been manufactured…not real. This was because the CEA – for the first time in the history of this show – aggressively outreached to, and brought in, several of the retail buying groups in a bid to boost attendance. It’s still not clear that exhibitors actually benefited to any great degree with this effort. (Or, for that matter, if the buying groups benefited either.) This year’s pre-show materials had us highly concerned and in a bit of a predicament. Firstly, the CEA has always announced their mid-year statistics at this event. For us, this data download was a key element in our participation since data received now allowed for a mid-year course corrections for us – and for clients of our parent company, The Stratecon Group.

Last year, in fact, the CEA sponsored an entire Research Summit – a full day of off-site presentations with deep dives into tons of data. This data included facts and figures on the economy, on the industry, on technology trends, on product trends, and lots of other stuff too. For marketing guys like us, this is as close to heaven-on-earth as we get. [See our report from the Research Summit event last year: Praying at CEA’s Church of Data Dominion]

No data presentation to benefit marketers…

Even in years before 2013, the CEA’s Chief Economist and Director of Research Shawn DuBravac was one of the main speakers, offering a intense 45-minute deluge of data. This information is regularly collected and maintained by the CEA. It is quite valuable. You don’t have to take my word for it, they’ll sell it to you…for a pretty penny. So for us, and our readers, this was a key element to CE Week.

But this year…no data presentation – from the CEA, or from anyone for that matter. We were so shocked we emailed DuBravac to confirm that we hadn’t just missed where he was on the agenda. He confirmed that, other than participating in a couple of panels, there was no separate data dissemination planned this year. He didn’t say why. This was a real bummer for us.

Only 5 press conferences total over 2 days…

Another concern emerged as we looked over the schedule. Over the two primary days of the event, there were a total of only five press conferences – three on day one, and two on day two. And of these five – three were from the usual suspects: Sharp, Pioneer, and Monster. Only two were from newer emerging companies – FiftyThree, Inc. and Withings. In the past, this event was packed with back-to-back-to-back press conferences. 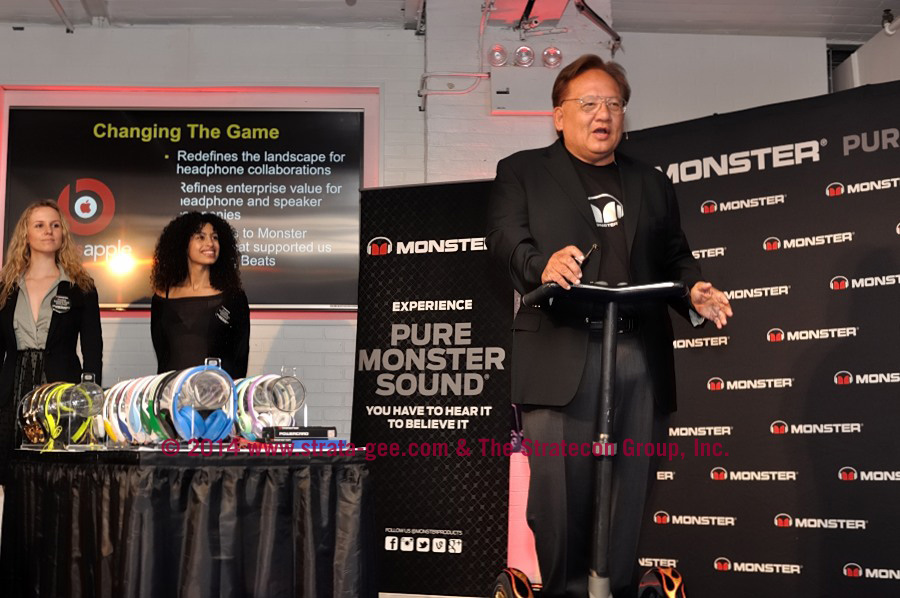 OK…so maybe I shouldn’t complain about a slightly lighter schedule. After all, we had grown concerned in years past as the day-and-a-half CEA Line Show, turned into the multi-day CE Week. And a lighter schedule gave us more time to peruse the show floor. We’ve stumbled across some real gems before they became big…like House of Marley a couple of years ago. But a lighter schedule also means that this, a show we considered marginal to begin with, was potentially reaching a tipping point.

It was with this debate clearly in mind that I wiped off my foggy glasses and got onto the train bound for Manhattan. Our efforts to attend this year were, I am pleased to announce, rewarded. And this fact is a pretty big surprise for us…given our reduced expectations from the pre-show materials.

On the eve of CE Week, two pieces of fairly interesting drama have played out in our industry. First, Monster’s CEO, Noel Lee (who prefers to be called the Head Monster), has been on a long, strange media tour openly talking about Beats…you know that partnership they once had with Dr. Dre and Jimmy Iovine…and famously lost – only to watch Beats go on to get purchased for a cool $3 billion by Apple. CE Week was to be the first industry press event since that embarrassing event (that he doesn’t seem to be embarrassed about).

And the other piece of drama – that we announced on Tuesday, June 24th (the official opening day of CE Week) – was that Pioneer was sold to a private equity company in partnership with Onkyo. The press was just drooling (yes, us too) to see what these respective companies would say about these developments. And we were NOT disappointed. 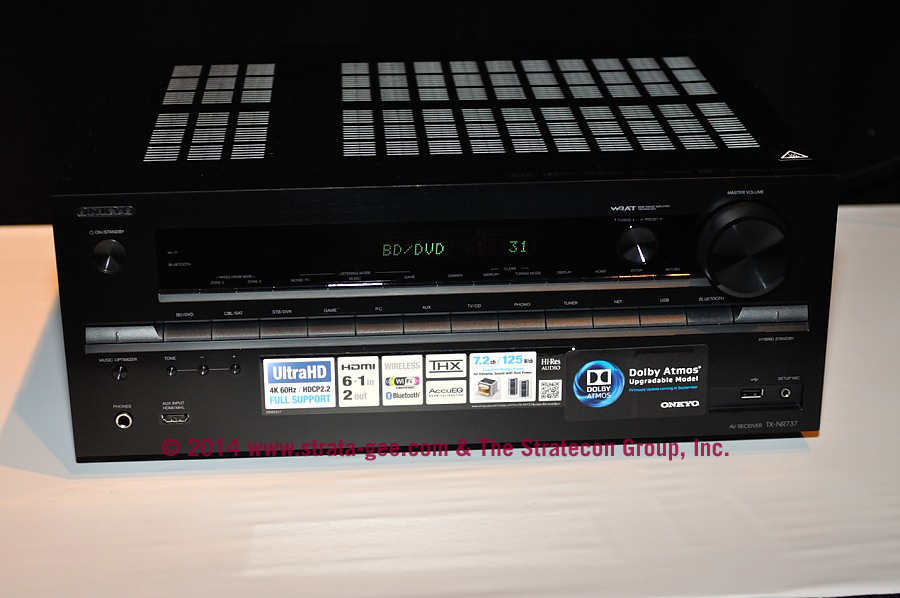 Yay! We have themes from this year’s CE Week…

In addition to these two bits of drama to play out – another pleasant surprise is that two significant themes emerged at the 2014 CE Week – the unofficial official launch of Dolby Atmos…and the more significant industry push of high resolution audio. Now we can debate just how important either of these themes were – it gave us great pleasure that there was actually a theme this year.

Pioneer announced three new receivers with Dolby Atmos technology built-in (Elite SC-85, Elite SC-87, and Elite SC-89). But Pioneer made an interesting pitch (and we’ve been feeling that Pioneer has been getting more interesting over the last few years anyway.) Pioneer announced a line of Atmos loudspeakers to go with their electronics called the Elite 5.1.4 system. Surprised? Some time ago, Pioneer launched an American-sourced speaker project which they kicked off by bringing in Andrew Jones – a fairly well known speaker designer with a credible resume, having designed speakers for companies such as KEF and Infinity.

According to Pioneer, in three years, they have gone from 0% market share to #5 in the U.S. market. They also say Pioneer speakers are the #1 selling speaker on Amazon.com and the #1 selling speaker at Best Buy. So Pioneer has some credibility in the speaker category. A key part of their Atmos strategy is to roll out a well-balanced system with both electronics and speakers.We listened to both Onkyo’s and Pioneer’s Atmos demos and in a separate post, we will give you our thoughts, which might surprise you. 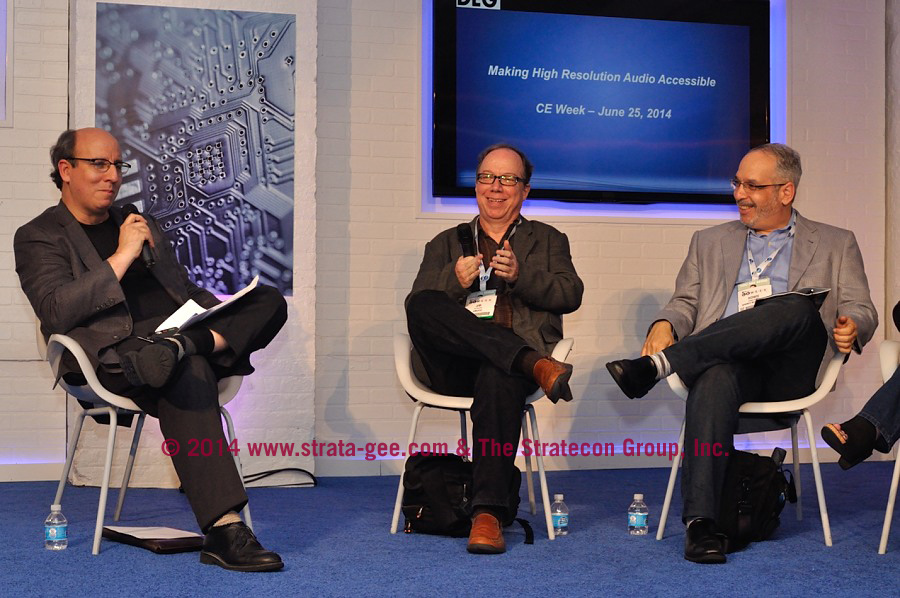 Finally, we attended the panel discussion titled Making High Resolution Audio Accessible which was hosted by Marc Finer – a name well-known to audio old-timers – of the Digital Entertainment Group (DEG). This discussion, which included a range of participants throughout the industry, covered the status of high res audio so far…and suggested what steps are necessary to broaden its appeal. There was a key element missed by this panel which we will discuss in our forthcoming post on this key industry session.

So to wrap up this CE Week overview we’ll just say this: Were we glad we went? Yes. Whether by circumstance or by design, the show was somewhat meaningful this year. Do we still consider CE Week a marginal event? Yep.