JVC Kenwood’s YTD results as compared to last year were a stark indication of the need to address their declining operations. In terms of profits, the company saw its performance drop significantly:

There was some positive trending in terms of the company’s sales data in certain product categories such as:

However, these gains were partially offset by declines in other categories, such as: 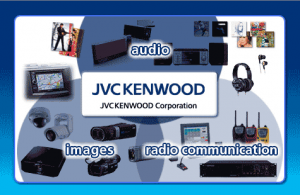 These results have forced JVC Kenwood to revise their profit forecast for the entire fiscal year…for the second time. In May 2013, company management had forecast a net profit of ¥3.0 billion for the fiscal year ending March 2014.

Then in November 2013 the company announced a revision to its forecast, dramatically changing it from its original forecast of a profit, to a net loss of ¥5.5 billion. The announcement said this revision was “undertaken to reflect operating performance and foreign exchange movements.”

Now JVC Kenwood has been forced to revise its profit estimate down yet again, to a net loss of ¥7.0 billion…or ¥1.5 billion worse than the previous revision. Recent announcements from the company suggest that it is engaging in a significant restructuring effort in an attempt to get the company back on track.

In the announcement last week, the company formally announced the details of an early retirement plan that they had previously mentioned in earlier releases. JVC Kenwood is seeking at least 400 employees to “volunteer” for the early retirement program from their domestic operations. These volunteers will be given an unspecified “additional retirement allowance” as well as an undefined “provision for reemployment support.”

The offer is being made to senior-level officers, 45-years of age or older as of March 31, 2014. The offer is being extended to direct JVC Kenwood (domestic) employees as well as those of affiliated companies.

Impact is not just domestic, restructuring hits overseas as well…

A big savings, IF…

Management believes fully executing all of the above initiatives will cut ¥6.5 billion from its fixed costs anticipated for the fiscal year ending in March 2015. All other things being equal (a BIG assumption), this overhead reduction by itself gets the company to near breakeven. But that’s only if everything else goes to plan.

Perhaps recognizing that you can’t “cut” your way to success…JVC Kenwood also announced that it was purchasing Irving, TX-based EF Johnson Technologies, Inc. EF Johnson (EFJT)  is a company in the professional wireless technology business, principally P25 digital communications solutions. JVC Kenwood will acquire all outstanding shares of the company, turning it into a subsidiary.

Because JVC Kenwood considers its communications business “core” to its strategy moving forward (as we mentioned in an article here), this move is another example of the company moving away from consumer electronics by driving its commercial and professional enterprises. Management believes that this acquisition will help it expand its presence of the North American public safety and digital communications market.

“JVCKENWOOD’s core communications business focuses a sizeable [sic] portion of its marketing efforts in P25 digital Land Mobile Radio (LMR) for public safety, such as police, fire, and emergency services in North America. JVCKENWOOD understands that this is its business strength, and it needs to focus more on P25 digital LMR systems for future business.”

EFJT is a U.S. Federal Government contractor, so JVC Kenwood sees this as a valuable entré into a critical new market for them. Management also envisions significant synergy in setting up joint product development and manufacturing projects between its in-house operations and the newly-acquired subsidiary.

This significant acquisition follows the company’s recent announcement of their forging a partnership with the EU’s Airbus Defense and Space business unit that we reported on previously. The company is moving quickly to both cut overhead…and drive new opportunities in commercial business segments.

The materials provided by JVC Kenwood did not say what the cost of this acquisition would be – only indicating that the deal would close sometime in the first quarter of calendar 2014 and the impact on the current fiscal year would be “insignificant.” However, it probably will be paid for next year – and investors looking for that guidance will simply have to wait. The company says it will release that information after the deal has closed.

Finally, JVC Kenwood also announced it was spinning off a division that it believes has a bleak future – the Kenwood Geobit Corporation. Kenwood Geobit (Geobit) is a business unit that sells mobile phones…a business that the company admits has gotten increasingly difficult over the last few years.

As part of its overall business reforms, the company will sell the unit to the Nojima Corporation in a deal that is expected to close by the middle of March 2014. The company anticipates receiving a ¥2.6 billion extraordinary gain to its bottom line from this transaction. This gain has been already incorporated into its newly revised forecast.

JVC Kenwood management is moving quite a few pieces around the chessboard. Only time will tell if these moves will begin to drive their business in a more profitable direction.

SEE MORE OF OUR COVERAGE OF JVC KENWOOD

Just type JVC Kenwood in the search box on the right-hand side of the menu bar above to see all of our coverage on this major player in electronics.