You are here: Home / Brands / With New Funding & New CEO…TiO is Finally Ready for Takeoff 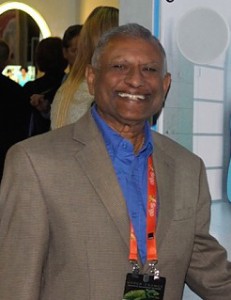 “I have a very high regard and respect for the product,” Vinu Patel, CEO of Anuva Automation told us he said to Mike Anderson earlier this year as they discussed a possible buyout. Patel was sharing the story of how he came to know – and ultimately buy – Anderson’s home automation and control company Turn It On (TiO). As we reported earlier this year, TiO had run into trouble and out of money when financial backing fell through. The situation quickly became dire.

Then, Anuva entered the scene…


Anuva is actually a family of 4 (now 5) interrelated companies and it was Anuva Manufacturing – a high tech OEM/ODM manufacturer based, ironically, not too far from TiO in Florida – that TiO had turned to late last year when they experienced manufacturing problems in their first samples from their former China-based manufacturer. TiO needed engineering assistance and Anuva has a large engineering department experienced in dealing with challenging technology problems.

Although Anuva Manufacturing is a state-of-the-art technology company, they had mostly been involved in high-tech medical products. Patel told us engineering consumer products is much easier, as medical products are very sensitive and  highly regulated.

To help TiO, Anuva went through a relatively extensive due diligence process, tearing the TiO products apart to figure out just what the problems were for the Chinese manufacturer. Ultimately, Anuva determined that the TiO products were a challenging, but not flawed, design that was possible to manufacture by a high quality facility.

Anuva then proposed that TiO move the manufacturing of their line from China to the United States to be manufactured by Anuva. As negotiations continued, time started running out for TiO – it’s funding problems began to emerge. When the funding ran out, Anderson stopped the negotiations…no deal.

Not the end…just the beginning…

Patel’s eyes sparkled as he clearly relished telling the story. In his eyes, when his executives came to him and said the deal had ended – he saw it as just the beginning…an opportunity. So Patel called Anderson and invited him to meet face-to-face.

Anderson explained the challenges…how an investment had unexpectedly fallen through…how his Chinese manufacturer was causing him problems…how he was going to have to stop operations while he searched for more funding, etc. Patel listened closely and thought to himself – these issues are easily addressed.

Patel had developed a deep appreciation for the TiO product. “I studied [the TiO products] a lot between the middle of January/February time frame until almost April so that I can [figure out how to] manufacture it better,” Patel told Strata-gee. “In the process, you obviously find out how the product is compared to others…and I was sold on the [TiO] product.”

Patel is a smiling, kindly middle-aged gentleman of Indian descent. He is extremely intelligent. Before he became a businessman and CEO of multiple companies, he started his career as an engineer – a mechanical and an electrical engineer.

“I’ve been loving technology since 1969,” Patel said with a laugh. “I designed the first mini-computer power supply for Data General.”


Educated in India and in the United States, Patel has a very broad viewpoint about technology…and the technology industry. He thinks about and approaches problems much like the engineer he once was…focused on process…and precision.

And Anderson’s problems? “Simple,” Patel told us. “It was just a logistical, financial problem. I call it ‘resource issues.'”

Resources are, for the most part, not a problem for Patel. “So, having Anuva as a family of companies, these problems are very simple,” Patel said earnestly like an engineer, without boasting. “I am my own kind of VC guy – not high level, but supporting this level. I have my own manufacturing. I have my own design. I have my own distribution and warehousing. So I said, ‘I’ll fix this problem.'”

Proof in the pudding…

So Patel, through Anuva Automation, purchased TiO…taking over as CEO and completely reorganizing the company. The transaction took place just a few months ago and Patel was clearly proud of what had been accomplished in just the short time since then.

“Here today is the proof in the pudding,” Patel exclaimed, sweeping his arm around to indicate the TiO CEDIA Expo booth. “We have the product that is working. We have the dealer kit. We have sales that have already come in. We wrote some purchase orders.”

Patel told us that just before the show opened, TiO had a national sales meeting with their sales representatives. It was a packed house, he proudly told us.

“Mike did a great job explaining the product [roadmap],” Patel said. But Patel had a special message for the reps. If they sell a certain amount of TiO products during the show – Patel would grant them shares of stock. The reps, he said, got very excited.

“I really believe that whoever is working with Anuva,” Patel said, suddenly speaking very softly and with emotion, “is really my family.”


Patel told us he also plans to offer stock to dealers, distributors, family, friends and investors  – giving them an opportunity to join the Anuva family as well.. “This company, I believe, is on the go,” Patel said, his trademark enthusiasm back full force.

TiO, Patel says, is “automation for humans.” He then launched into a very strong pitch – a very compelling pitch – for TiO’s product line. The simplicity and ease of programming, Patel believes, makes the TiO line extremely attractive for consumers.

I want to make an impact…

So now, Patel assures us, all the problems are solved – the logistical problems…the financial  problems…all solved.

“I want to make an impact in the home automation industry,” Patel said, sounding very sincere. Then sagely adding, “There’s a lot I need to deliver [to make that happen].”

Learn about Anuva at: anuva.com.