You are here: Home / Archives for Shows & Events

Today is DAY ONE of the 2013 International Consumer Electronics Show (CES) taking place in Las Vegas, NV and running through Friday. While many attendees arrived today, most of the press has already been here – lost in the desert – for the last two days…desperately searching for even just a drip…of innovation…

See what we know so far… END_OF_DOCUMENT_TOKEN_TO_BE_REPLACED

We reported two weeks ago that David Kaplan, Director of the Digital Delivery Group (DDG) for the last seven and a half years, had left the organization. At that time, Kaplan gave no indication of his plans other than to let us know that something was in the works. Now we know that Kaplan has joined with industry notables Ed Brown and Fred Yando to become part of Sales Performance Management (SPM) – a consulting company formed by Brown three years ago. 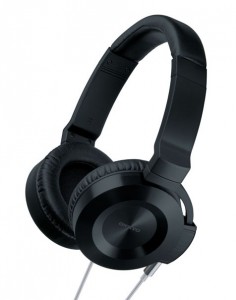 Onkyo has finally jumped on the headphone bandwagon, although they are about the last major audio component brand to do so. The company will formally launch its new headphone line at the International CES opening Tuesday in Las Vegas, NV.

As we had reported previously, Onkyo had hinted it would be moving in this direction at last year’s CES.

Is the Onkyo headphone line too late to the game? Or is it better late than never? END_OF_DOCUMENT_TOKEN_TO_BE_REPLACED

Conducted every year in December, our CES Survey has fallen into a fairly predictable response pattern. But this year something changed…something big…delivering us a huge SHOCK! END_OF_DOCUMENT_TOKEN_TO_BE_REPLACED

But DDG denies that these defections spell its doom… END_OF_DOCUMENT_TOKEN_TO_BE_REPLACED

If this is December, than the 2013 International Consumer Electronics Show (CES) is just around the corner. Once again, we are asking all strata-GEE.com and ALERT readers to take a few short minutes out of their day to take our survey and share their thoughts on this important event.

Whether you’re planning on traveling to Las Vegas, NV to attend the show at the Las Vegas Convention Center January 8-11 or not…we want to hear YOUR opinion of this event.

It’s a tough time to be an executive at one of the major television manufacturer’s these days. After a record run – with help from the U.S. government mandating a switch to digital broadcasting virtually forcing American consumers to upgrade their sets – the industry appears to have lost its mojo. So, with great fanfare, manufacturers went back to the well, trying to convince consumers to “upgrade” their sets to new 3D capable sets. But 3D was a dismal flop.

Now manufacturers have dug deep into their bag of tricks to offer 4K HDTV, also known as Ultra HDTV… END_OF_DOCUMENT_TOKEN_TO_BE_REPLACED

Launched earlier this week at DEMO, the high-tech conference in Silicon Valley that just wrapped up, start-up company ube won the People’s Choice Award and $1 million worth of media from IDG properties. We profiled ube in our post here…saying that they just may be on to something and the DEMO judges apparently agree.

For several years Utz Baldwin worked to further the cause of the Custom Electronic Design & Installation Association (CEDIA), first as a member and – from 2008-2011 – as CEO. As the head of the CEDIA, Baldwin worked hard to ensure that the organization was aware of, and responsive to, the needs of its members and other associated stakeholders. However, ousted from the organization in 2011 under circumstances that were never fully made public, Baldwin seemed to disappear from view…until now.

Now, Baldwin is back…and his new company, with the happy-go-lucky name ube (pronounced yoo-bee)…is launching what they promise will be market-changing “disruptive technology”… END_OF_DOCUMENT_TOKEN_TO_BE_REPLACED

Today, we found out that at least one of Kaku’s predictions is coming closer to reality, faster perhaps than even he imagined… END_OF_DOCUMENT_TOKEN_TO_BE_REPLACED

*Work From Anywhere By now, most in the industry know that Crestron … END_OF_DOCUMENT_TOKEN_TO_BE_REPLACED