You are here: Home / Archives for Crime

Snap One, the entity originally founded as SnapAV, and a company whose motto is “Founded by integrators for integrators,” recently demonstrated how they strive to be a better partner by providing their dealers with some really solid and helpful advice. One of their appreciative dealers forwarded me an email he had received from the company containing useful information on how to protect his business from fraud.

See how Snap One sought to protect dealers from fraud

END_OF_DOCUMENT_TOKEN_TO_BE_REPLACED

VOXX International Corporation (NASDAQ:VOXX) revealed this week that they were the victim of a ransomware attack in July and that an assessment of the hack completed early this month shows that sensitive and confidential employee and contractor information has been compromised. The company has issued a warning to all employees and contractors who have worked for the company over the last 20-years.

END_OF_DOCUMENT_TOKEN_TO_BE_REPLACED

It seemed as if 2020 was destined to represent a year of hardship, illness, and death in the wake of a still simmering COVID-19 pandemic – not to mention its impact on the economy. Then, a white police officer in Minnesota was filmed with his knee on the neck of George Floyd, an unarmed black man, who died. That officer, along with three others present, was charged with murder. And a fuse was lit that erupted into street protests which were largely peaceful with some acts of violence in cities around the country.

This scenario – white police officer killing an unarmed black man – is an all-too familiar one here in the United States…but this time, people took to the streets both here and around the world. And a growing list of powerful brands, including a few in our industry, are stepping forward to take a stance on the issue.

See which brands are taking on racism…

END_OF_DOCUMENT_TOKEN_TO_BE_REPLACED 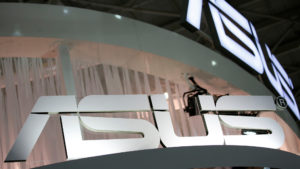 See more on this strong action by European regulators… END_OF_DOCUMENT_TOKEN_TO_BE_REPLACED

Facebook finds themselves square in the middle of a political and public relations fire storm, as news of the firms connection to Cambridge Analytica and the harvesting of the personal data on at least 50 million Facebook users, including perhaps you and I, have recently received a lot of news coverage. Now word comes via two new polls that the company’s brand has taken a serious hit in the eyes of their users and former fans.

In February, we reported that George Leslie Manlove was convicted on approximately 170 out of a total of 200 Federal felony counts stemming from his tenure as CEO of the now-defunct Vann’s Electronics & Appliances in Montana. A few days ago, Manlove learned his fate in the form of a sentence from U.S. District Court Chief Judge Dana Christensen, and it wasn’t a pretty picture. Manlove has been ordered to serve a sentence of more than 5 years in a Federal Penitentiary.

See more on this fall from grace by Manlove, the former CEO of Vann’s… END_OF_DOCUMENT_TOKEN_TO_BE_REPLACED 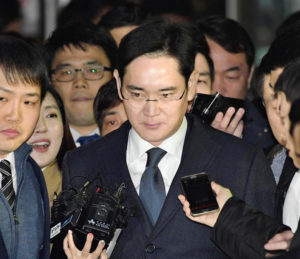 Almost exactly one year ago, we told you that former CEO of Montana specialty retailer Vann’s, George Leslie Manlove, was charged with more than 200 counts of criminal conduct by Federal prosecutors after an investigation by the FBI and the Department of Labor. Manlove, who is married to the daughter of the founder of Vann’s, was accused of a number of crimes including conspiracy, wire fraud, money laundering, bankruptcy fraud, bank fraud, and making false statements.

Now we learn that after a two-week trial and two days of deliberation, jurors found Manlove guilty on 172 of those charges…and aquitted on the rest.

See more about the surprising downfall of Manlove, a former rising star of tech… END_OF_DOCUMENT_TOKEN_TO_BE_REPLACED

In a case that has been percolating for weeks but has now come to a boil, special prosecutors in South Korea have gone before a judge to obtain a warrant for the arrest of Samsung Group leader, Jay Y, Lee. Summoned by the court to testify, Lee answered questions in a closed-door session at the court, held today. Lee denied he or his company participated in any wrongdoing.

WiSA Technologies, Inc. (NASDAQ: WISA) has been on a wild and rocky ride over … END_OF_DOCUMENT_TOKEN_TO_BE_REPLACED