You are here: Home / Archives for eBay

Conducted every year in December, our CES Survey has fallen into a fairly predictable response pattern. But this year something changed…something big…delivering us a huge SHOCK! END_OF_DOCUMENT_TOKEN_TO_BE_REPLACED 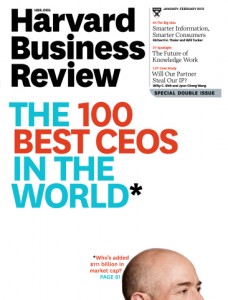 Recently, we told you about the worst CEO of 2012 (former Best Buy CEO Brian Dunn). Turnabout is fair play, and now Harvard Business Review offers a list of the 100 Best CEOs in the World as a very effective counter-point.

But were technology companies represented on this list? Can we claim some of the best CEOs in the world? Read on and see…

See the top CEOs in the world below…

END_OF_DOCUMENT_TOKEN_TO_BE_REPLACED

<February 22, 2012> Dealerscope reported on its website today that Signeo, the company that markets primarily headphone products under the brand Soul by Ludacris or “Soul,” has filed a trademark lawsuit against Sol Republic, Inc. who markets primarily headphone products under the brand “Sol.” At the root of the case is consumer confusion over the marketing of competing products that are similar in design and price containing one word brands…that are pronounced phonetically to sound identical. END_OF_DOCUMENT_TOKEN_TO_BE_REPLACED

WiSA Technologies, Inc. (NASDAQ: WISA) has been on a wild and rocky ride over … END_OF_DOCUMENT_TOKEN_TO_BE_REPLACED