You are here: Home / Archives for Lan Kennedy-Davis 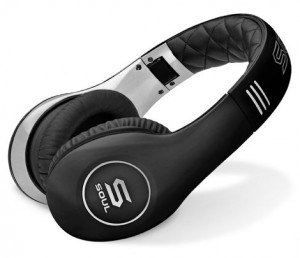 Earlier this year, we reported on a trademark infringement suit filed by Signeo USA, LLC, vs. Sol Republic. Signeo is the corporate name for a company better known in the trade as the Soul by Ludacris brand of headphones. Sol Republic denied Signeo’s allegations and filed a counter-suit suggesting, amongst other things, that Signeo’s trademark application was improper. Signeo also filed a motion for a preliminary injunction, seeking a court order to stop the sales of Sol Republic products.

between Soul by Ludacris and SOL Republic appear to more deeply entangle one of our industry’s most prominent national retail buying organizations, the Pro Group. Court filings from both sides have ignited a controversy in which certain Pro Group members appear to make a claim that is contradictory to one by the Pro Group Executive Director David Workman. END_OF_DOCUMENT_TOKEN_TO_BE_REPLACED

<February 22, 2012> Dealerscope reported on its website today that Signeo, the company that markets primarily headphone products under the brand Soul by Ludacris or “Soul,” has filed a trademark lawsuit against Sol Republic, Inc. who markets primarily headphone products under the brand “Sol.” At the root of the case is consumer confusion over the marketing of competing products that are similar in design and price containing one word brands…that are pronounced phonetically to sound identical. END_OF_DOCUMENT_TOKEN_TO_BE_REPLACED

By now, data clearly shows that vinyl record sales here in the U.S. have been … END_OF_DOCUMENT_TOKEN_TO_BE_REPLACED