You are here: Home / Archives for streaming video

New data shows that consumer content consumption trends are changing dramatically…and at a quickening pace. Fresh reports from eMarketer and separately from Axios show that people are unplugging from traditional cable and satellite TV in huge numbers. If traditional pay TV is losing, who is winning? And what does this mean for the Tech industry?

END_OF_DOCUMENT_TOKEN_TO_BE_REPLACED

New research from Nielsen reinforces an important point for those of us in the residential home entertainment systems – no matter what the platform, Americans have an ‘unwavering love for music.’ File this report in the “Good News” department.

See the surprising resiliency of music…

END_OF_DOCUMENT_TOKEN_TO_BE_REPLACED 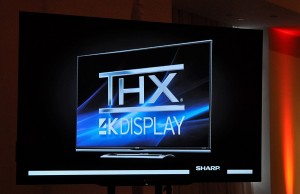 THX announced this week that it has joined the Streaming Video Alliance, an organzation that addresses ongoing video streaming issues through the development of best practices. THX says it is “uniquely qualified to make significant contributions to the Alliance.”

See more on THX and the Streaming Video Alliance… END_OF_DOCUMENT_TOKEN_TO_BE_REPLACED

Much like the amazing growth in music streaming over the last few years, streaming TV has also seen an explosion in the number of users as well. This growth has been fueled in large part by the growing popularity of both original programming and the replay of popular shows on Netflix, Hulu, and Amazon. Now new research data predicts that in 2016 streaming TV will reach the tipping point – more than half of all Americans will watch TV programming from streaming video services.

<February 15, 2012> While Wall Street has been oooing and aaahhhhhing over Apple, Inc.’s stock breaching a significant price of $500 per share earlier this week…only to drop below it again in trading today (closing at $497.67)…there has been a slew of significant Apple-related stories in today’s news on several major fronts. We offer below a summary of these significant stories from today’s press: END_OF_DOCUMENT_TOKEN_TO_BE_REPLACED