You are here: Home / Archives for Bill Thomas

Tipped off by a source, we have learned that the turmoil at Thiel Audio continues, as yet another wave of executives have arrived and departed – leaving the company ostensibly leaderless and seemingly adrift in the market. The revolving executive door at Thiel seems to be an annual event as we await news on yet another team to jump in the saddle…or into the fire, depending on your perspective.

Thiel Audio dealers were surprised to receive an email Wednesday from the company announcing plans to – in their words – “revitalize” the storied audio brand. We last reported in April that the company had finally acknowledged to its dealers that it was moving its operations to Nashville, TN – after 38 years in Lexington, KY. This acknowledgement came one week after we reported to Strata-gee readers that the company planned to move.

Since then, the company has been silent. Now, this announcement sets out a new agenda for change – and it is an ambitious one.

See the many changes announced at Thiel… END_OF_DOCUMENT_TOKEN_TO_BE_REPLACED

Thiel Audio Products Company (Thiel), the iconic high-end speaker manufacturer founded in 1976 in Lexington, KY by engineer Jim Thiel and two friends – and purchased by investors in 2012 – is in the throes of major change as we mentioned in our post last month. Now new details are slowly emerging…some of which are troubling.

Our inquiry started innocently enough. Last week, we received an emailed press release that contained this headline: “VANA Ltd. Appoints Stephen DeFuria as Director of Sales, East.” Now we generally receive dozens of press releases every day – but this one caught our immediate attention…literally causing us to pick the phone to make a call for confirmation. Why? Because Stephen DeFuria was part of a team hired by Thiel Audio to help turn that business around – and now, only one year later, he is out…with no explanation. But that was just the beginning.

Now, there’s reason to question whether the “other shoe” may be dropping at Thiel… END_OF_DOCUMENT_TOKEN_TO_BE_REPLACED 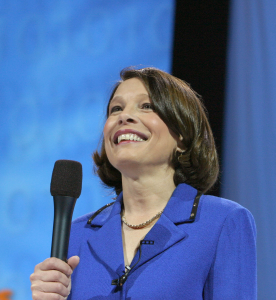 Now, Gornik has granted Strata-gee.com an exclusive interview…to tell her side of the story… END_OF_DOCUMENT_TOKEN_TO_BE_REPLACED

Although things often move slowly in the world of high end audio – models stay in the line for years, product testing goes on for months, policies are practically carved in stone – upscale loudspeaker manufacturer Thiel Audio is undergoing an incredibly rapid series of changes in the wake of its purchase last November by a group of Tennessee-based investors. Their latest addition, the well-known industry personality Bob Brown as a Board member and Interim COO, generously granted strata-GEE.com an interview to discuss in detail just where Thiel is at – and where it’s going.

See what Brown told us about how he came to join the company, and where Thiel is going… END_OF_DOCUMENT_TOKEN_TO_BE_REPLACED

Industry veteran Bob Brown, known to many from his long tenure as President at Lenbrook America, has joined Thiel Audio as a member of their board of directors. Brown will also, effective immediately, begin serving as the company’s interim Chief Operating Officer (COO).

Thiel, as we recently reported, is in the middle of an exciting revival as the result of its recent purchase by a consortium of Tennessee investors led by current CEO Bill Thomas.

See more on this interesting new development for Thiel… END_OF_DOCUMENT_TOKEN_TO_BE_REPLACED

“It’s really not that fancy,” new Thiel CEO Bill Thomas told us with a chuckle and a noticeable Southern drawl when we asked about his private equity company that was mentioned in a Thiel press release announcing its acquisition last week. [See our post on the acquisition here…] In a telephone interview with strata-GEE.com earlier this week, the 55-year old Thomas said it was simply he and two friends that came together to purchase Thiel Audio Products Company – not some high-powered M&A company.