You are here: Home / Archives for Charlie Porritt

Russound announced this week that it is partnering with Jetbuilt, a project management software tool that is popular with custom integrators. Separately, the company announced the new products it will be focusing on during the upcoming CEDIA Expo 2022 event.

Learn more on these Russound announcements

END_OF_DOCUMENT_TOKEN_TO_BE_REPLACED

I arrived at my destination, Amtrak’s South Station in Boston, right on time. As I approached the doors to exit the station, my eyes suddenly focused on a shocking scene. Not only was there a torrential downpour – that was not a surprise, it had been raining as I departed New Jersey early that morning as well – but added to that downpour were gale force winds. It was like something out of a cheesy Hollywood disaster movie. I saw debris flying by horizontally, people struggling with popped-inside-out umbrellas as they attempted to fight the winds and stinging rain to remain on their feet.

Just then, my cell phone rang. It was an irrepressably jovial Charlie Porritt, CEO of Russound, telling me cheerfully he was only a couple of blocks away and would be there to pick me up in a couple of minutes. I pushed the disconnect button and said out loud to no one in particular – “I’m not going out there!”

See my trip to Russound with lots of photos…

END_OF_DOCUMENT_TOKEN_TO_BE_REPLACED

In an extended meeting with Russound CEO Charlie Porritt and Vice President of Product Development Colin Clark, Strata-gee had the opportunity to learn details of the relatively dramatic developments at the company – many taking place behind the scenes – that management has undertaken over the last few years to better position the company for the future. Like a fighter with a new trainer who has put him on a strict diet and rigorous training regimen, Russound has emerged from an at-times painful multi-year process leaner and meaner…and ready to rumble.

To Help Integrators ‘Expand Your Marketplace’

Although previewed to the media last month, dealers and the media finally had the opportunity to physically see and touch the all-new Russound 70-volt light commercial line in the flesh at last week’s CEDIA 2016. The line, which the company intends to continue to develop and expand, launched with three models in the line, including a music streamer/amplifier, a volume control wallpad, and an outdoor speaker.

As we recently told you, Russound has announced that it would be launching a line of 70-volt products designed to facilitate integrators’ entry into the commercial market. Now the company has released more details on just what their 70-volt offerings will include – and it appears to be a solid first step into the more commercial business.

Company Will Premiere a New 70-Volt Line of Commercial Products

They’ve been hinting about it for months, now Russound makes it official, they will launch an all-new line of 70-volt products targeted for the light commercial market at the upcoming CEDIA Expo in Dallas in September. Although the company had no specific model/feature information for the press at this time, the news is noteworthy nonetheless as the company is clearly expanding into more commercial-appropriate products this year.

See more on this announcement from Russound… END_OF_DOCUMENT_TOKEN_TO_BE_REPLACED 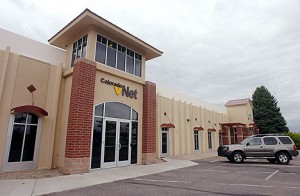 <April 25, 2012> In a narrative that at times was more daytime soap opera than strategic corporate initiative, Russound has disposed of Colorado vNet for the last time, selling the brand off to Vice President of Sales and Marketing Mike Anderson. This ends a problematic history with Russound acquiring, closing down, relaunching, and now selling off Colorado vNet in a short on-again-off-again three-year relationship that started in 2009. END_OF_DOCUMENT_TOKEN_TO_BE_REPLACED

<December 29, 2010> In a move that will not surprise many in the industry, Russound has decided to close Colorado vNet fourteen months after purchasing it in October 2009. The move appears to be related to a breakdown in negotiations with the town of Loveland, Colorado which had provided the company’s previous owners with $900,000 in incentives to move operations there…and had renegotiated a $500,000 deal with new owner Russound. END_OF_DOCUMENT_TOKEN_TO_BE_REPLACED

<October 7, 2009>Newmarket, RI-based Russound announced this past Monday that it had signed a letter of intent to purchase recently shuttered Colorado vNet in a deal for which terms were not disclosed and that is expected to close by the end of October. The deal was a surprise to many in the industry as Colorado vNet recently announced the collapse of discussions with multiple potential suitors causing the company to cease operations, lay off staff, and close their doors in late September. END_OF_DOCUMENT_TOKEN_TO_BE_REPLACED