You are here: Home / Archives for Reps 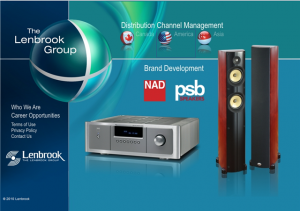 <April 25, 2012> Almost exactly one year ago, the specialty electronics world was stunned to learn that Lenbrook America, the company that distributes NAD and PSB in the United States and often looked upon as a paragon of the specialty A/V community, had decided to fire its sales manager, public relations company, and independent specialty sales representative sales force to go factory direct. While not the first company – nor likely the last – to make such a decision…the company’s long time commitment to the specialty channel and abrupt announcement sent shock waves around the industry. END_OF_DOCUMENT_TOKEN_TO_BE_REPLACED 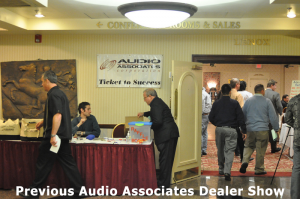 <April 18, 2012> Audio Associates Corporation, one of the more prominent sales representative organizations in the New York Metro and Mid-Atlantic markets, announced a huge new dealer event called “Alliance Expo 2012 – Partnering for a Stronger Tomorrow” to be held on May 22 & 23 at the Hilton Doubletree Hotel in Newark, NJ. The company says that this year’s version of their annual event will be one of the largest that they have ever held with more than 23 participating vendors. END_OF_DOCUMENT_TOKEN_TO_BE_REPLACED

<March 7, 2012> Last week, Stratecon’s BEACON broke the news about a major overhaul and consolidation of D&M Holdings’ sales representative and distributor network. Later that day, D&M confirmed our initial report, releasing a statement spelling out the substantive, albeit generally described, changes to their sales network. Now the ALERT has discovered that not all of D&M’s rep territories were merged – in select markets, separate sales rep forces are being maintained. END_OF_DOCUMENT_TOKEN_TO_BE_REPLACED

<February 29, 2012> Thiel Audio Products Company announced this past Monday that it

has appointed two new independent sales representative firms in the state of California – one for Northern California and another for Southern California. Both are well known with strong credentials for servicing the specialty and custom integration channels. END_OF_DOCUMENT_TOKEN_TO_BE_REPLACED