You are here: Home / Archives for Google TV 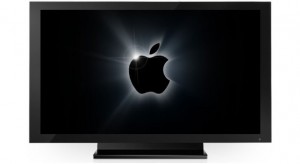 The Wall Street Journal is reporting today that unnamed sources are telling it that Apple has built and is testing a large screen, high definition television that it has worked closely with Asian suppliers to create. Most notably, these sources say that Apple worked closely with Hon Hai Precision Industry Co. (Foxconn) – it’s leading iPhone/iPad supplier – and Sharp Corp. – the troubled Japanese television company.

Will Apple’s iTV save Sharp?… END_OF_DOCUMENT_TOKEN_TO_BE_REPLACED

<January 18, 2012> CES Press Day kicked off this year with LG who seemed anxious to update the media on their progress in 2011. Wayne Park, President and CEO of LG USA, told reporters that although 2011 was a tough year economically, LG’s revenues were up 8 percent. Park also told the group that LG had a record-breaking fourth quarter in U.S. sales. END_OF_DOCUMENT_TOKEN_TO_BE_REPLACED