You are here: Home / Archives for Sound pOp 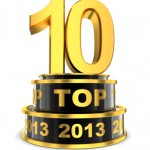 2013 ends today and it is fun to look back on the top stories of the last year. Many times, this yields surprises as stories from early in the year are easy to forget. In this post, we are revealing the top Strata-gee.com stories from 2013 based on which stories generated the most page views…therefore, those stories that you – the reader – found most interesting.

See Strata-gee.com’s Readers’ Choice for top stories of 2013 below – Do you remember these?… END_OF_DOCUMENT_TOKEN_TO_BE_REPLACED

When I first learned about AudioSource’s new Sound Pop – a small, relatively inexpensive (around $40 street price) Bluetooth speaker – I assumed it was just like all of those thousands of other Bluetooth speakers introduced over the last couple of years. You know: convenient, portable, maybe a cutesy design and…sounds like crap. Later, I got a press release and saw some specs. They look promising but, still, I remained…shall we say…skeptical.

Then, at CE Week last month, I met AudioSource’s CEO Tom O’Mara. He gave me “the pitch” and – perhaps sensing my skepticism – beseeched me to “Just listen to it” as he handed me a little box not much larger than a Rubik’s Cube.

See what happened when I “Just listen[ed] to it”… END_OF_DOCUMENT_TOKEN_TO_BE_REPLACED

AudioSource, Inc., a maker of an eclectic mix of unique solutions-oriented products, announced today a new item that is a combination Bluetooth speaker/hands-free speakerphone it calls Sound pOp. Spelled with a curious capital “O”, the sound pOp ties in with the growing popularity of devices that facilitate users streaming their favorite music from their smartphone.

With a cute/odd design that includes a big suction-cup, the big surprise is the price… END_OF_DOCUMENT_TOKEN_TO_BE_REPLACED