You are here: Home / Archives for mobile phones

LG Electronics (LG) announced last week that they had prevailed in a patent infringement lawsuit they had filed against Chinese powerhouse TCL Communication Technology Limited and two other affiliated European entities in Germany. While this is just one of three suits brought by LG, it’s the first argued, resulting in a winning decision.

See more on the lawsuits between these two giants…

END_OF_DOCUMENT_TOKEN_TO_BE_REPLACED 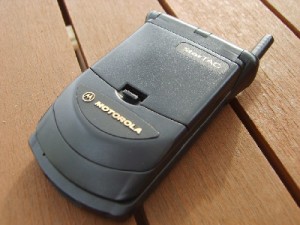 Yogi Berra once said, “It’s like Deja-Vu, all over again!” A report out of Japan tells of a hot new trend in Europe. Apparently, the latest trend in mobile phones…is consumers going retro. Seem counter-intuitive? It’s even a bit of a fashion statement…the story originates out of Paris, France!

See why retro phones are selling like crazy in Europe…you won’t believe how much they cost!… END_OF_DOCUMENT_TOKEN_TO_BE_REPLACED

<February 15, 2012> The NPD Group, a Port Washington, New York-based market research company said on Monday that total consumer electronics sales including both hardware and consumables, fell .5% to come in at a total of almost $144 billion. NPD’s data represents retail sales that the organization collects from retailers and totals. END_OF_DOCUMENT_TOKEN_TO_BE_REPLACED

Snap One (NASDAQ: SNPO), a major player in the custom integration/smart home … END_OF_DOCUMENT_TOKEN_TO_BE_REPLACED