You are here: Home / Archives for Hong Kong

<March 6, 2012> Gibson Guitar announced yesterday that it has hired ex-D&M President Bob Weissburg as global executive vice president – a new position at Gibson. Although Weissburg’s focus will likely be their consumer electronics and pro divisions, Gibson says he will be in charge of all divisions at the company – including musical instruments. END_OF_DOCUMENT_TOKEN_TO_BE_REPLACED 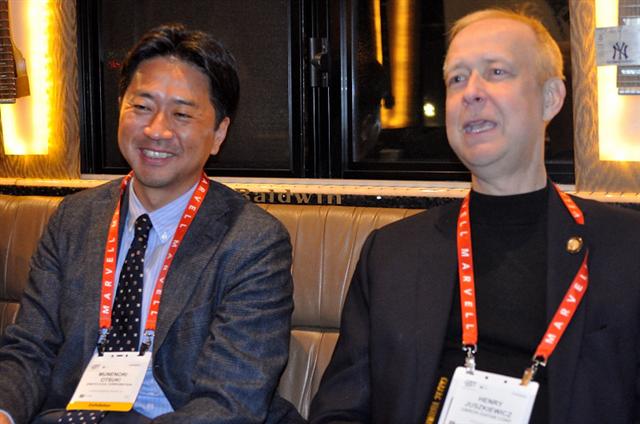 <January 18, 2012> As one of a select (and very small) group of reporters invited to a hastily-arranged private audience with the CEO’s of both Gibson Guitar Corp. and Onkyo Corp. to discuss their recently announced strategic alliance, I was intrigued. The interview was held on a custom Gibson tour bus literally and figuratively…as the Gibson CEO clearly drove the discussion. END_OF_DOCUMENT_TOKEN_TO_BE_REPLACED

<January 4, 2012> In a surprise move, Gibson Guitar Corporation announced that it has invested in Osaka, Japan-based Onkyo Corporation as part of what it called a “strategic partnership” pursued as part of a “continued diversification into the music and audio lifestyle arena.” The company also announced that it has taken a majority interest in Onkyo’s American subsidiary, Onkyo USA Corp. END_OF_DOCUMENT_TOKEN_TO_BE_REPLACED