You are here: Home / Archives for Dick Schulze

With these departures, Best Buy’s board now has four vacancies… END_OF_DOCUMENT_TOKEN_TO_BE_REPLACED

How bad is it at Best Buy? They had to pay someone $32 MILLION to come run it!… END_OF_DOCUMENT_TOKEN_TO_BE_REPLACED 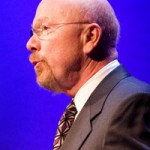 In an email to Reuters, the board said, in effect, it will take its time to study the proposal… END_OF_DOCUMENT_TOKEN_TO_BE_REPLACED

This past Friday, the University of Michigan released a preliminary reading of … END_OF_DOCUMENT_TOKEN_TO_BE_REPLACED