You are here: Home / Archives for custom installers

In a letter to the media early Tuesday evening, Richard Stoerger announced the likely impending closure of Audio Design Associates (ADA), a company that was a founding member of CEDIA and a significant driving force in the early days of the “CEDIA channel.” The letter itself never explicitly explains the reasons for the possible closure, only offering vague allusions to: difficulty to “defeat the noise generated on a public level”… and … that they “just ran out of time and money”… and … a failure to “reckon with” how “difficult and expensive” it is to tell one’s story.

This news tolls the end of an era…

END_OF_DOCUMENT_TOKEN_TO_BE_REPLACED 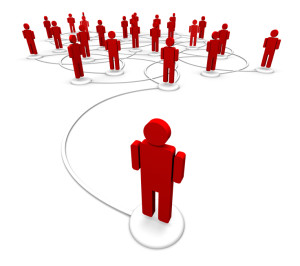 Manufacturers in the CE industry have bantered this question about since the industry began. Should we establish factory direct sales teams or use independent sale representatives? Or maybe a hybrid of both? Varied levels of success and failure with any of these models riddle the history of our business. What works for one vendor may not work for another. Get 10 vendors and 10 dealers in a room and you’ll get 30 answers as to the most effective sales strategy, many of which would be valid. Which is one reason why the debate continues as to which selling strategy is best.

Russound, a designer/developer/manufacturer of innovative audio products for the … END_OF_DOCUMENT_TOKEN_TO_BE_REPLACED