You are here: Home / Asian Connection / Sony’s Struggling Electronics Division is Hoping for a Spider-Man Rescue 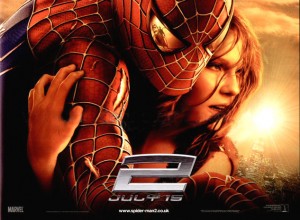 Like a damsel in distress, Sony’s money-losing electronics businesses are hoping that Spider-Man can save them…and it just might take a superhero to do it. With Sony Pictures’ The Amazing Spider-Man 2 about to launch in Japan this month – and in the U.S. next month – the company’s hardware businesses have teamed up with their entertainment businesses to launch an aggressive cross-promotion.

Can Spider-Man save Sony electronics?…

Sony – as well as many Hollywood insiders – expects Spider-Man 2 to be a huge hit. And it better be…the company spent $200 million to create it. But if all goes well, Sony expects the movie to pull in revenues of $1 billion…it’s biggest move ever.

And according to a report by the Nikkei, Sony’s electronics businesses are hoping that some of that good will rubs off on them as well. They plan on partnering with Sony Pictures and major retailers such as Best Buy with a variety of promotions based on the movie about the popular comic book character.

The Nikkei has learned, for example, retailers will be able to offer buyers of Sony TVs and Blu-Ray recorders goodies, such as tickets to the movie or copies of Spider-Man on Blu-Ray Disc. Those who step up to buy Sony 4K high-resolution flat-panel TVs will receive special bonus 4K Spider-Man content.

Sony will also try take advantage of the buzz around Spider-Man 2 to help promote its new Xperia Z2 smartphone that is launching in the next 60-days or so. Featuring augmented-reality capability, which overlays digital content onto physical space, Sony will include special Spider-Man augmented-reality images pre-loaded on the phone.

For more on Sony, see: www.sony.com.