You are here: Home / Archives for electronics retailers

In a new and troubling sign that the economy is not yet out of the woods, government data showed that for the month of July, retail sales barely crept up 1.2% overall. But there was one bright spot in the government’s report – retail sales of electronics and appliances jumped an impressive 23%.

END_OF_DOCUMENT_TOKEN_TO_BE_REPLACED

In a new report by the U.S. Commerce Department released Wednesday, U.S. retail sales in September have broadly dropped for the first time in seven months. The report is seen by many economists as another significant sign of a cooling economy.

See more on the decline in retail sales…

END_OF_DOCUMENT_TOKEN_TO_BE_REPLACED 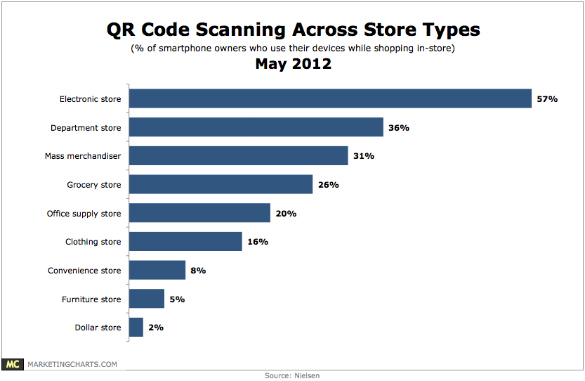 New research from market researcher The Nielsen Company conducted just this month (May 2012) shows that those QR (quick response) codes are popular with shoppers in many different types of stores. But these codes are most popular with smartphone-equipped shoppers at electronics stores according to this latest research. Why? END_OF_DOCUMENT_TOKEN_TO_BE_REPLACED