When I was little, I came home from school one day, excited to tell my mother about all my new friends. One-by-one, I named each of them, calling each one “my best friend.” When I finished, I’ll never forget what she said. “If they’re ALL your best friend, then you don’t have a BEST friend.”

So what was the big tech innovation at CES?…Well, it’s complicated…

CES 2014 – The Year of the…Wearables?…Ultra HDTV?…Curved Screens?…Drones?…Car Tech?…3D Printers?…Internet of Things…Hi-Res Audio?…??? We don’t know about you, but we find this a tough question to answer. There clearly was a lot of technology at CES…but which technology innovation defines this years show? Maybe all of them…or none of them.

Last year, we wrote a post asking, “Is It Time to Start a Deathwatch on the Industry’s Annual CES?” In this post, we noted several examples of prominent media outlets beginning to question the value of attending the CES. This media ran the gamut of tech industry-specific properties (Display Central) to general news press (the New York Times).

The comments in these articles were generally – to us at least – shocking. The New York Times’ then tech editor David Pogue (now with Yahoo) called the show “ho-hum” where he found “almost nothing” new and exciting. Display Central’s Norbert Hildebrand suggested that the trade association change the show’s name from CES…to CAS – for Cars And Accessories.

So did the show this year convince the press that the CEA got it right this time? Did they find true innovation in Las Vegas earlier this month? From a quick scan of the headlines – we’d have to say no.

This year, the New York Times published an article titled On Big Stage of CES, Innovation is Background. The title alone, gives you a sense of their feeling about the amount of innovation they found at CES. The online version of the article was retitled to Disruptions: At CES, a Big Stage for Big Dreams but Fewer Surprises. (They never explained why they retitled the article for the web version – its text is identical to the print article.)

Like some of us, writer Nick Bilton pines for the days of CES’s gone by, saying: “But in some ways, this year’s show was a far cry from the shows of old.” 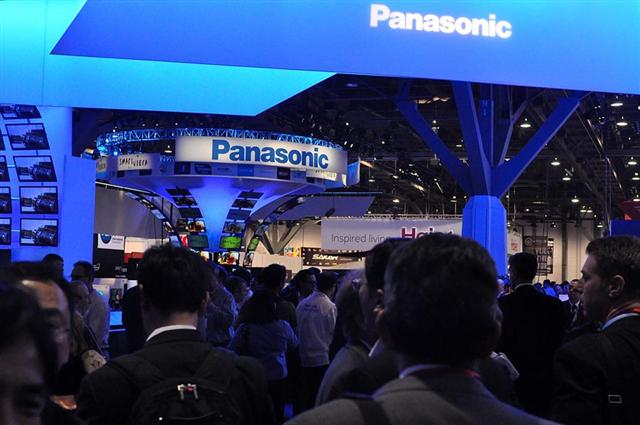 Bilton then went on to make a point we’ve made many times:

“In 1970, the videocassette recorder was introduced at CES. In 1981, the compact disc player had its debut there. High-definition TV was unveiled in 1998, the Microsoft Xbox in 2001.”

These were big years at the show. Every major brand had their version of the major technology (except in 2001), and retail buyers saw the products that they would be selling THAT YEAR. In fact, manufacturers went home from those shows with briefcases full of…wait for it…purchase orders!

Not just for show…

These shows weren’t just for show…there was real business transacted on the floor and in meeting rooms. And this fact helped manufacturers: offset their cost of participating in the show, plan their production levels for the remainder of the year, and set the advertising agenda for what was undoubtedly going to be another hugely successful year.

Now? The show is just that…a show. A snapshot of technological ideas or dreams that may or may not happen. Yes, us tech geeks love to look at displays of technology. It’s fun. But no exhibitor goes home with a bag full of orders anymore. And attendees have NO IDEA what they’re going to sell for the rest of the year…as many of these gadgets aren’t even available yet – and may never be.

As Bilton said, “This year’s crop of products seemed a bit underwhelming by comparison.”

But maybe Bilton is just jaded. Certainly other attendees saw it differently. Take, for example, a tech aficionado who also happens to be an associate professor in the science, technology and society program at MIT (the Massachusetts Institute of Technology)…surely she found true innovation at CES:

Oh yeah…Shapiro loves to talk about innovation and took every opportunity to do so. In a breathless quote from a CEA press release, he said: “CES is amazing, magical, hands-on, incredible, innovative and inspiring!”

But many attendees told us that what they actually saw was more likely to be an incremental update of an existing product/technology.

Innovation is bursting out everywhere!…

And just what technology, specifically, did Shapiro think was innovative at CES?

“From curved and flexible Ultra HD TVs and next generation smart phones to drones, robots, sensors, the Internet of Everything, Hi-Res audio, connected cars and 3D printers, it seems like the only thing missing from the 2014 CES was a time-travel machine.”

CES, Shapiro says, “was an energizing display of where the future is headed…” But is it? Just a few years ago, we got this same breathless hyperbole about the now defunct 3D TVs. And even then, the whole industry was unified behind that specific technology.

Was this the show of ‘wearables’?…

Although Shapiro didn’t specifically call it out, many came away believing the over-arching theme of the show was wearables. An army of people were walking around wearing Google Glass to help punctuate the point. So maybe wearables were the next big thing?

“Nine out of 10 of these wearables are going to fail,” J.P. Gownder, a technology analyst of Forrester Research told Bilton.

So once again, the show was – according to the CEA – a HUGE success. “The largest show in history with a record two million net square feet of exhibit space housing more than 3,200 exhibitors.” Not to mention the 150,000+ attendees.

But more and more we’re seeing a skeptical press suggest the innovation gap is growing. Shapiro says CES shows “where the future is headed.” Maybe.

Every technology is Shapiro’s ‘best friend’…

Shapiro and CEA clearly see everything as innovation. But, if my mother is right, that means they have no innovation. Or at least no technology theme for the show. And that is NOT a good thing for our industry – even if one of these technologies eventually – some years down the road – emerges as the next big thing.

And if you think that will happen…then we – and many of our readers – want to know, which one?

WiSA Technologies, Inc. (NASDAQ: WISA) has been on a wild and rocky ride over … END_OF_DOCUMENT_TOKEN_TO_BE_REPLACED