You are here: Home / Archives for quantum dot 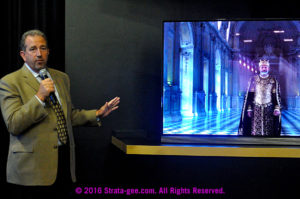 Starting off press day at CES 2015 with a bang, LG Electronics, Inc. seemed to us to convey a decidedly cool confidence. In the past, LG could be defensive…often struggling to emerge from the shadows of its larger rival – Samsung.

But this year, LG was confident and optimistic… END_OF_DOCUMENT_TOKEN_TO_BE_REPLACED