You are here: Home / Archives for Concept II 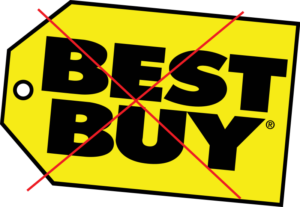 Best Buy has launched a corporate rebranding that is both sweeping in style and represents a shocking reversal of course, undoing much of its original mission that was created when founder Dick Schulze, President Brad Anderson and crew launched an entirely new store concept known as “Concept II.” Concept II was a reinvention of their formerly more traditional superstore design to a new warehouse style discount store designed to deliver the “Best Buy” on all things tech. This new branding change is to such a significant degree that even Advertising Age Magazine (AdAge) devoted significant space to an analysis of it.