You are here: Home / Management / Employees Treated Well by Their Companies are More Innovative

In an interesting article in the Harvard Business Review, author Walter Frick cites several studies whose results suggest that where companies treat workers better, there is more innovation. Sound crazy? Not a connection you’d usually make? Actually, the article notes a few studies where researchers directly correlated a company’s score of worker treatment against their patent filings. The results appear to hold up, across different studies in different industries in different countries.

HBR’s article, titled When Treating Workers Well Leads to More Innovation, suggests that some in the innovation game who attempt to drive their product teams with mandatory, but often unrealistic, goals may be taking the wrong approach. It seems that tech companies with all those squishy benefits they offer their employees – massages at your desk, game rooms, basketball courts, etc – may actually be on to something.

Perhaps one of the best examples of a company that takes a different approach is Google, which has a program called “20% time.” This program allows Google employees to use 20% of their time on the clock to work on whatever they want. Think your team will sit and contemplate their navel? Maybe not – the company says that Gmail and Google Earth are just two products that came out of employee-directed 20% time.

The Correlation Between Stock Options…And Innovation 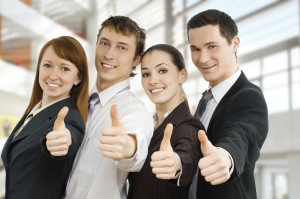 In particular, HBR mentioned one study¹ out of Australia led by Xin Chang at Nanyang Business School in Singapore, which directly correlated a score for how well a company compensates their non-executive employees with stock options to data on their patent filings. The results, which are currently under review for confirmation, were pretty astonishing. If ultimately confirmed, this study could cause companies to reconsider changing their approach to motivating their technology and product development teams.

And what were those results? Companies in the 75th percentile in terms of stock options per non-executive employee applied for 96% more patents! Not only that, but those firms received 105% more quality-adjusted patent citations than firms in the 25th percentile.

Researchers suggest that your employees have more reason to innovate when their incentives are tied to the long-term success of the company. And again, this result is reinforced in multiple studies.

Compare this result with the opposite situation. Imagine working for a company that pressures employees for innovation. It’s more common than you may think, as companies struggle to maintain market position versus competitors.

As the HBR article noted, when workers feel pressured to deliver results, either through fear of losing their jobs, or under the threat of having a promotion held up – they will take the safer path to development. Fearing retribution, they will avoid pursuing more radical routes to innovation…or directions that require longer-term study for greater breakthroughs. Yet it is often initiatives like this that represent the most innovative thinking.

Summing up their findings, HBR notes: “Treating workers well is part of building an innovative company, but it isn’t enough. Employees also need to have a long-term stake in the company’s success.”

In yet another sign of a slowing economy, April residential housing construction … END_OF_DOCUMENT_TOKEN_TO_BE_REPLACED