You are here: Home / Archives for Lawrence Yun 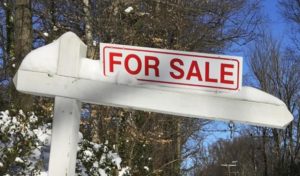 In new data released on Wednesday by the National Association of Realtors, existing home sales launched into 2017 with a 3.3% overall gain to a seasonally adjusted annual rate of 5.69 million units in January – their highest level in ten years. The organization says this result “signals resilience among consumers even in a rising interest rate environment.”

See what existing home sales means for the economy… END_OF_DOCUMENT_TOKEN_TO_BE_REPLACED