Majority Say They Use Smart Speaker to Shop 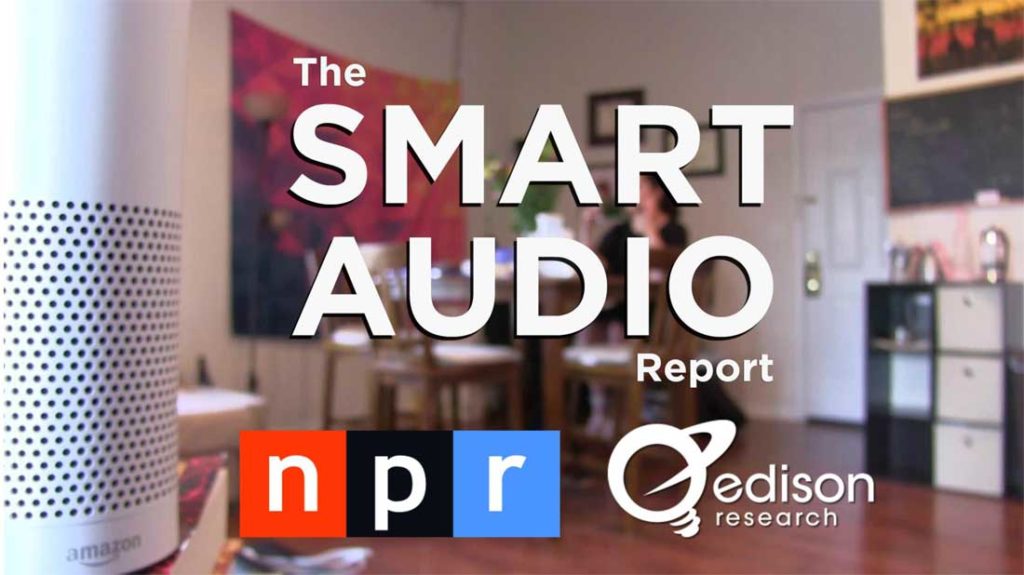 New research conducted by NPR and Edison Research has revealed what is likely the key motivation for Amazon and Google to aggressively attack the mass market by offering attractive smart speaker products at ever-decreasing prices – they are a Trojan horse. The data also shows the remarkably rapid adoption of the technology in just a couple of short years.

See more on this important research on smart speakers…

In an often told mythological tale about the Trojan War, it is said that the Greek army – frustrated with their lack of success after a 10-year siege of the city of Troy – constructed a large wooden horse that it left behind as its troops withdrew and sailed away. After the Greeks were gone, the residents of Troy brought the horse inside its protective walls as a trophy, unaware that the Greeks had hidden troops inside the horse who would sneak out after dark and open the gates to the city to the Greek troops who had returned undetected under the cover of night.

In a new study titled The Smart Audio Report, more than 1,670 folks over the age of 12 were surveyed about smart speakers. Roughly half of the group owned a smart speaker, and the other half did not. The study notes that they also conducted in-depth, in-home interviews with 15 families in Atlanta, Chicago, Los Angeles, New Jersey, and Allentown, PA for more qualitative data. The results were in some cases quite surprising…and may serve to illuminate the real motivation for giants like Amazon and Google to get into this consumer hardware product.

We’ll get to that motivation in a moment – but first, let’s peruse some of the other interesting findings of this research. There are, in our opinion, some really interesting tidbits of data that could be quite meaningful to those of us in the business side of the technology business.

How are smart speakers doing? Pretty darn good, we’d say – fully 7% of all Americans own either an Amazon Alexa (5%) or a Google Home (2%) smart speaker. That’s an amazingly quick ramp-up of market share for a new consumer product in such a short period of time.

Of that total, fully 76% of respondents said they own an Alexa product…while another 16% own a Google Home product. Another 8%, interestingly, own both…an interesting mixed marriage, it would seem.

And consider this: 42% of owners say that “their Smart Speakers are essential to their everyday lives.” Yes, that’s right, just two years after launch and this product is an essential part of their lives. When asked to agree or disagree with this statement: “You wouldn’t want to go back to your life without your Smart Speaker,” fully 65% either agreed or strongly agreed.

Why Did They Buy a Smart Speaker? Here are the Top Five Reasons:

Interestingly, although 90% of owners said their bought their smart speaker to listen to music, when asked directly how they “most often” listen to music, the top response was via smartphone/tablet (28%), followed by AM/FM radio (20%). Just 18% said the smart speaker was their primary music listening mechanism.

However, 70% strongly agreed that they are listening to more audio since they got their smart speaker. And this pertains to all forms of audio: listening to more…music (65%)…news/talk (28%)…podcasts (20%)…audiobooks (18%). 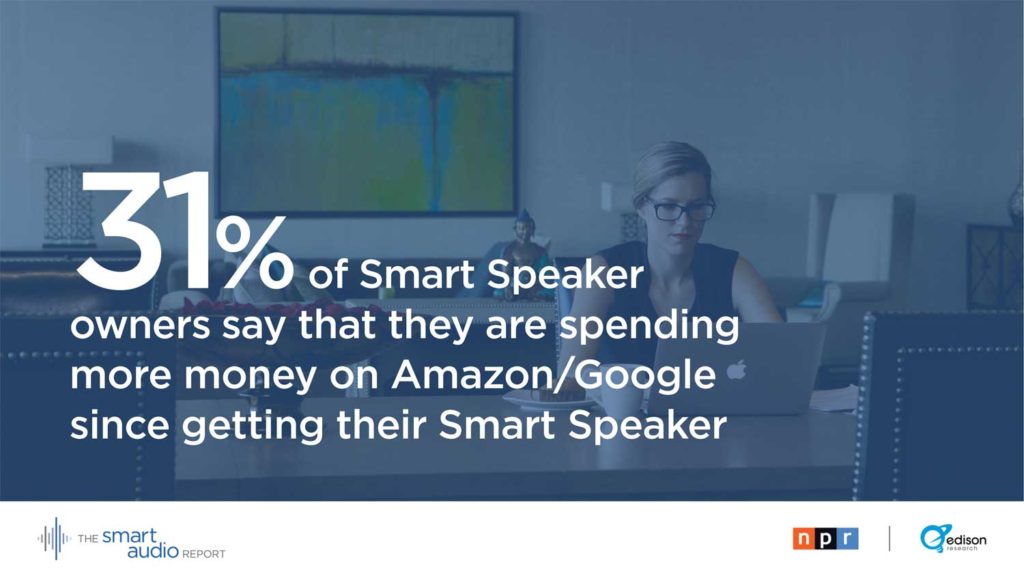 Now, for those of you patiently waiting, here are the results that we think might suggest a “Trojan horse” strategy by Amazon and Google (taken directly from the study):

Bought It for Music, Use It to Shop

With that being the case, if I was Jeff Bezos, CEO of Amazon, I’d want to get as many Echos and Dots in the hands of as many consumers as possible…wouldn’t you?

WiSA Technologies, Inc. (NASDAQ: WISA) has been on a wild and rocky ride over … END_OF_DOCUMENT_TOKEN_TO_BE_REPLACED