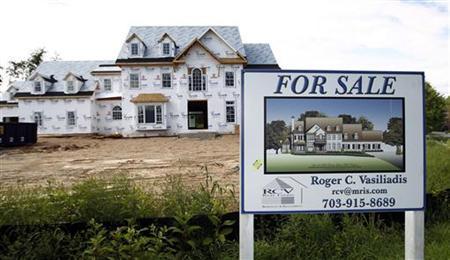 Since 2007, the housing industry has been in a long, downward slump, with only a few positive bumps along the way providing some moderation. Today, however, we may be finally seeing some of the first “green shoots” of a possible turnaround in housing with two different and unrelated reports turning in positive numbers.

Is this the beginning of a housing turnaround?…

The first indicator swinging to a positive reading was the Commerce Department’s report on sales of newly constructed single-family homes. According to the report for the month of May, sales of single-family homes increased a solid 369,000 units (seasonally-adjusted annual rate) or up a strong 7.6% over the revised April rate of 343,000 units. May’s rate was also 19.8% over the May 2011 rate of 308,000 units.

One month is not a trend…yet…

One month can’t be called a “trend,” and the sales increase is likely related to the annual sales uptick as the industry moves into its traditional spring selling season. Still, this is a welcome result for a troubled market.

The National Association of Home Builders was quick to comment on the report. “May’s sales report is a welcome sign that the market has returned to a more solid growth path following lackluster reports in March and April, and is in keeping with our expectations for continued, steady improvement through the end of this year,” NAHB Chief Economist David Crowe said in a prepared statement. “While the current sales rate remains low by historical standards and continues to be constrained by challenges related to credit availability for builders and faulty appraisals, the ongoing decline in the month’s supply of new homes will necessitate additional construction in certain markets going forward.”

Not just sales, but prices are up as well…

Also coming in with positive results is a new report from the S&P/Case-Shiller Home Price Index which tracks the average selling prices of homes. This latest report for the month of April shows an encouraging, 1.3% increase in average home prices. Widely viewed as one of the more accurate and reliable indicators of home values, the Index has – in addition to overall tracking – two closely watched sub-indexes, the 10-city and 20-city composite indexes which focuses on specific metro markets. 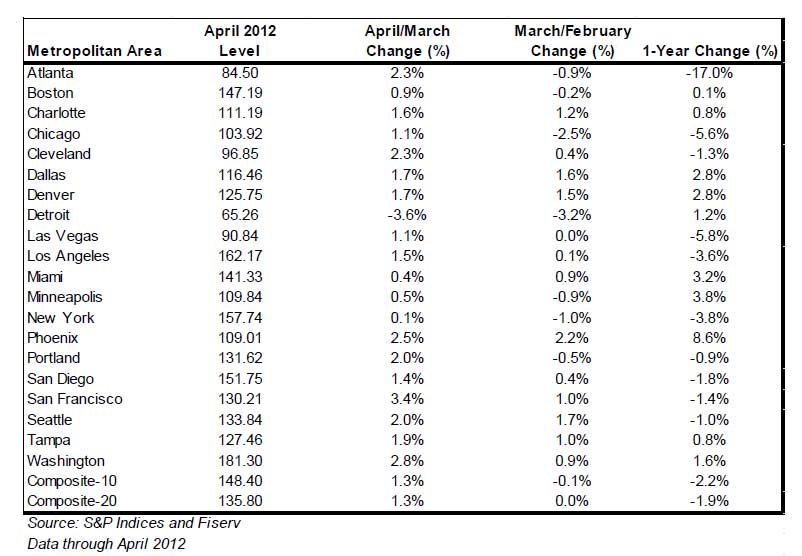 While prices increased in the survey for the month of April – on an annual basis, prices were down 2.2% and 1.9% for the 10-city and 20-city indexes respectively. Still, the broad-based nature of the April survey was definitely seen as a positive indicator. In April, 19 of the top 20 cities registered increases in the average home price – only Detroit was left out of the party with a decline of 3.6%.

“This looks like a solid turn,” David Blitzer, chairman of the S&P Index Committee told CNBC’s “Squawk on the Street” show. “It’s going to take a few more months to cement all the evidence in place, but it looks very good.”

Noting that all but one of the top 20 cities showed pricing gains, Blitzer added, “It has been a long time since we enjoyed such broad-based gains.” 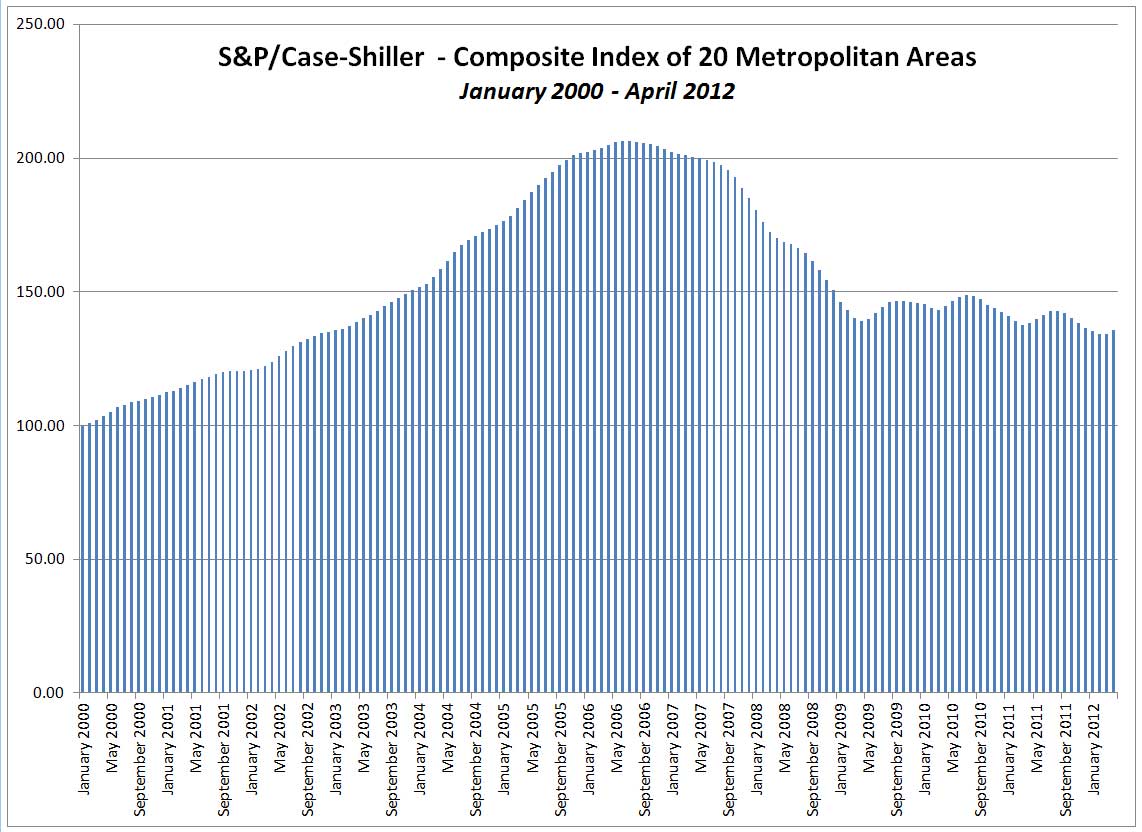 “The housing recovery in this cycle has been painfully slow to develop, but it is unmistakably here,” Chris Low, chief economist at FTN Financial in New York told Reuters. “This time, unlike 2010 when the first-time homebuyer tax credit lifted sales, it is happening with only limited help from the government.”

Well, hold your horses everyone…we’ve had upticks before. But if this trend holds, then there’s a chance that housing could lead an economic turnaround. Only time will tell…