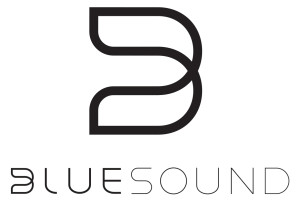 Bluesound, a division of Lenbrook America, has cut a deal with Best Buy that will result in a national roll-out of the company’s line of high-quality digital multi-room music systems through Best Buy’s Magnolia Design Center locations. The agreement will begin to take effect later this month in a phased introduction into the first 25 locations.

See more about this major development for Bluesound…

Planned From the Beginning

Since the launch of Bluesound, Lenbrook America President Dean Miller has made it clear that the company had hoped to work a deal with Best Buy to put products in the Magnolia Design Centers, as we reported back in 2013. Miller told us that the company has been very transparent with its dealers who were all aware of this distribution strategy from the start.

Bluesound has always thought differently about how to reach today’s contemporary, digitally-savvy, upscale, music-loving consumer that they called a “digital native” – a consumer that has been using digital music products as their primary listening source for years. A new kind of consumer required a new kind of distribution. So even though Lenbrook’s legacy has been in the audio specialty channel, Bluesound needed a fresh approach that included non-traditional specialty elements, such as online sales – mostly through websites of specialty retailers like ListenUp and World Wide Stereo, but also Crutchfield’s – and they even authorized a computer store that had a particular interest in presenting digital music systems.

So how does Best Buy’s Magnolia Design Center (MDC) fit into Bluesound’s distribution strategy? The thinking here is that the national footprint of Magnolia will help bring added visibility to the brand and help to drive overall market adoption, even outside of Magnolia.

Miller told us in a telephone interview that the timing of this announcement is fortuitous “as Sony and Best Buy are in the process of rolling out Hi-Res audio displays in their stores.” Bluesound, which offers high-resolution audio reproduction in its systems, can serve as a step-up alternative over the other products in the store. But each of them will contribute towards educating the consumer about the added value of high-res audio.

“Our dealers,” Miller said, “think its a really positive move for us…and for Magnolia.”

First 25 Stores, Then Fill In the Map

As mentioned, the roll-out will start this month and run through the fourth quarter with a total of 25 MDC locations to be added. Then starting in January, the company will begin phasing in the other 50 locations to fill in the map.

Like their other dealers, Bluesound products in the Magnolia Design Center showrooms will be shown and demonstrated on their custom-built displays provided by the company to all dealers. This display has gone through a couple of iterations, as some dealers complained about the original design being a little too large and taking up too much floorspace. The current version has been revised to more efficiently display and demonstrate the Bluesound products in a smaller footprint.

Miller told us that the company is launching immediate global webinar training to help get the Magnolia staff up to speed over the next few weeks. Starting early next year, Bluesound will reinforce this by conducting in-store, in-person training at all locations. Bluesound is also preparing written training materials to be distributed to all Magnolia staff, as well.

The two companies will be doing a closely coordinated marketing campaign to launch the brand, starting with a dedicated Bluesound landing page on the Magnolia website. Magnolia, as well, plans on making its customers aware of the addition of Bluesound through targeted email campaigns.

How Will Bluesound be Positioned?

How will Magnolia position Bluesound in its marketing? “It’ll definitely be communicated and promoted as a new high-performance brand,” Miller assured us. “A brand that offers high-res audio throughout the platform.”

In general, Miller went on, the initial marketing from Magnolia will have three goals: first, to introduce the Bluesound brand; second, to offer a category education about high-res audio; and third, to position the Bluesound brand as one of their step-up, high-performance brands.