You are here: Home / Economic Trends / Best Buy Reveals List of Stores to be Closed 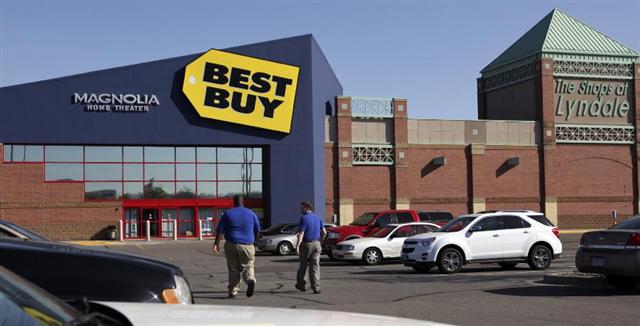 <April 18, 2012> On Monday, Best Buy revealed the specific store locations it planned to close as previously announced by former CEO Brian Dunn, just days before he unexpectedly resigned under potentially scandalous circumstances. In the wake of reporting disappointing financial results, Dunn had announced – among other things – that the company would shutter 50 of its big box superstores, but did not identify specifically which store locations would close.

The announcement of the decision to close the stores – a small amount of their 1,105 total store count – came on March 29th, and since then there has been widespread speculation as to just which locations would be selected. The company has also not revealed how many employees it intended to layoff – only saying it would try to relocate them within the company.

The move is designed to help save the company money, although some of the savings would be used to open more – perhaps hundreds more – of their smaller Best Buy Mobile stores. The company says that when all is considered, it should be able to enjoy savings of $250 million in fiscal 2013 and as much as $800 million by 2015.

The list of store closings, which are said to have already begun, is fairly widespread – fully 21 states and Puerto Rico are involved. Minnesota, the company’s home base, was hit hard with a total of six locations, all in the Minneapolis/St. Paul market area. But hardest hit was California which will see seven locations closed around the state.

The closings begin…
According to a report by CNNMoney, the company has already shuttered a location in Kansas City, MO and another in Scottsdale, AZ. The report went on to say that the next locations to close will be two more in Arizona and another one in Missouri.

Meanwhile an investigation into recently resigned CEO Brian Dunn continues. According to a report in the Minneapolis Star Tribune, the Best Buy board is investigating whether Dunn used company funds to pursue an “inappropriate relationship” with a female subordinate. Although Dunn resigned upon learning of the investigation, the company says the investigation will continue anyway.

Want to buy Best Buy?…
All the turmoil at Best Buy has lead the Star Tribune to suggest that the company may be an attractive takeover candidate. The company, a Star Tribune report said, throws off $1 billion in cash per year. Not only that, but there is little debt – another attractive feature. And while investors bemoan the fact that the stock is worth less than half of what it was as recently as 2010 – this also serves to make it a more affordable takeover target.

But other analysts suggest such talk is poppycock. Any buyer of the troubled chain, they say, would only find themselves saddled with the same problems that have plagued the existing management – primarily the loss of market share to online retailers such as Amazon. The large footprint of huge stores, once an advantage, is now working to the company’s disadvantage in trying to pull off some type of significant turnaround.

The financial community is waiting to see how the company handles the search for a new CEO, now underway. Many on Wall Street are calling on the company to pick someone from outside the company, as the last three CEOs were all insiders. It’s hard to change a company, the thinking goes, when you put someone in charge that was steeped in company tradition and operating style.

Apr12AW2 – Best Buy’s Dunn is Done, But an Investigation of ‘Personal Misconduct’ Continues