You are here: Home / Asian Connection / Sony Decides to Stop Sleeping With the Enemy; Breaks Off Samsung Partnership 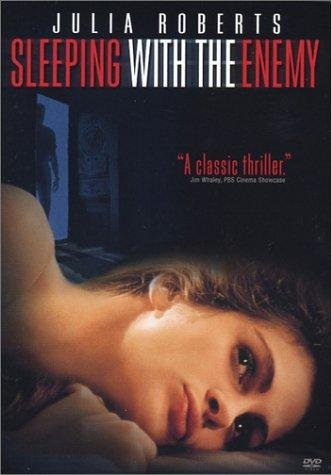 Sony Corp. has decided to pull out of its joint venture with Samsung called S-LCD Corp. Launched in 2004, the JV manufactured LCD TVs in South Korea for both partners and was Sony’s attempt to catch up with the rest of the industry after its disastrous decision to stay with analog sets as everyone else turned to flat panels.

As a result of this decision, Sony will sell its entire stake in the venture – just under 50% – to Samsung this March for an estimated $935 million. According to the Nikkei report, Sony will have to report a valuation loss as a result of the divestment in fiscal 2011.

This move follows the announcement made last month that Sony would lose money for the fourth consecutive year, with its TV division alone accounting for billions of yen in losses. At that time, the company said it would restructure its TV business to cut costs and drive to profitability by fiscal 2013.

It is likely that this decision is the first major step in that process. By cutting its ownership in a factory that is likely to be losing money – Sony reduces its overhead expense and ongoing drain on profits. Plus, it now becomes a customer on the open market purchasing panels made by others. Sony believes that it can save millions of yen annually through a competitive panel purchasing program.

Many have long found this partnership to be an odd one – after all, the companies are competitors in the marketplace. However, this type of friendly cooperation amongst competitors is not so rare in Japan. It is, however, more unique between competitors from different countries.

Really, it was more market pressures that brought Sony to this decision. Like many Japanese brands, Sony struggled with a devil’s brew of sluggish demand in worldwide TV markets coupled with a strong yen causing a negative exchange when repatriating profits coupled with intense competitive pressure, yes from Samsung, but also from others turning the TV business into a profit black hole.

Sony has said it will report a write-off of 66 billion yen or about $845 million as a result of its exit from the joint venture. But Sony also said it will cut costs in its LCD business by 50 billion yen a year with this divestiture.

The move appears to be a boon to both companies. While Samsung was said to be initially against the idea – it agreed ultimately because by taking sole control of the facility, Samsung gains flexibility. During the eight year partnership, Samsung became the predominant consumer electronics supplier to the world, while Sony’s star fades.

Samsung in the driver’s seat…

Samsung is now in development of OLED panels for TV use – it now uses them in mobile phones and devices. Much of the equipment used in the S-LCD venture will be usable in an OLED facility. And as the Nikkei reported, Samsung has already learned all they could from Sony engineers assigned to the facility.

Samsung will now be free to employ the plant and personnel as it best sees fit in the future. At the same time, Sony will be one of the world’s largest panel customers on the market. Of course, one of their key suppliers will be…Samsung.