You are here: Home / News / Netflix Looks to Partner with Major Cable Company

<March 7, 2012> Reuters is reporting today that Netflix, once feared as a predator to many in the Cable TV industry, may be more kitten than lion as it seeks to partner with one or more major cable TV providers in offering Netflix as part of its programming package. Once an unthinkable proposition, Reuters says the company is actively pursuing just such an arrangement. 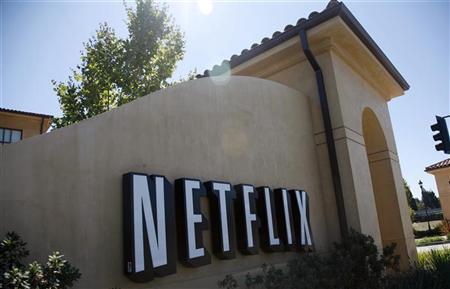 Netflix CEO Reed Hastings was said to be in active discussions over the past few weeks with a variety of the largest cable service providers in the U.S. Were Hastings to be successful, Netflix would be directly targeting the 800-pound gorilla of premium cable channels, Home Box Office (HBO).

According to the report, Hastings has been hinting at just such an idea at a variety of investor conferences over the last few weeks. Netflix, Hastings has suggested, as a premium network offered over cable, could be a serious rival to HBO.

“It’s not in the short term, but it’s in the natural direction for us in the long term,” Hastings said at an investor conference last week. “Many (cable service providers) would like to have a competitor to HBO, and they would bid us off of HBO.”

Reuters suggested that many attendees at these conferences did not take Hastings comments seriously, assuming that they were just random musings about a possible future. But several executives have told Reuters that these conversations are in fact taking place now. Going one step further, they suggest a test program offering Netflix over cable may take place before the end of this year.

In the past, cable operators viewed Netflix as a serious threat to their business model. Although Netflix’s content is primarily older TV shows and movies, their affordable $7.99 monthly subscription fee and their ever expanding assortment engendered fears that cable customers would drop regular cable and opt for Netflix. This concept came to be known as “cord cutting.”

However, content owners appreciate the fact that Netflix squeezes more income out of some of their older properties. Sometimes, the content owners and the cable providers are one-in-the-same…such as Time Warner. This fact has softened the animosity they feel towards Netflix…and possibly sets the stage for some type of agreement.

WiSA Technologies, Inc. (NASDAQ: WISA) has been on a wild and rocky ride over … END_OF_DOCUMENT_TOKEN_TO_BE_REPLACED