You are here: Home / Brands / The Miracle of…Birth – The Birth of the Bluesound Brand 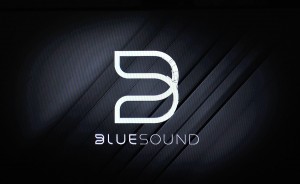 Last week, I witnessed a miracle. The miracle was…a birth. It was a birth like no other, as every proud parent believes is the case with THEIR child. There was a proud Papa…and a large assembled family…brought together to celebrate the event.

This birth, like any birth, was wondrous. And…for the parents…this was an event full of hopes and dreams of what their “bundle of joy” will become. At this joyous event was a group of observers, like me. But not like me.

Was this birth – the birth of Bluesound – truly “miraculous”???…

Journalists – whom I generally have a lot of respect for (but not universally so) have a tough job. They cover most of the stories that are generated by our industry every day…and that’s a lot of noise, believe me. And they do it in the face of declining budgets that have forced editorial staff cutbacks – leaving publishers to push (beat, really) harder for them to do more…with less.

Not a new Farmville…

If the lifeblood of our industry is innovation – and I believe that to be the case – then a new brand launched to support a creative new market approach should cause you to take notice…it certainly did me. Not only that, but we should dig a little deeper to understand not only where this new company is starting – but also, where they intend to go.

So, while I – like many of my journalist friends – looked on with some degree of skepticism…I adopted a slightly more beneficent viewpoint. New brand launches rarely have all “t’s” crossed and all “i’s” dotted…so we don’t get overly concerned about that. Launching a brand – something that I’ve had some experience at doing myself – is incredibly difficult…and timing is almost never perfect.

Stuck in your driveway…

Noted sales expert Zig Ziglar once said that if you’re going to wait until all traffic lights are green before you leave your home for your destination – you’ll never back out of the driveway. The timing of the launch is typically decided when one feels that enough variables are in a positive position for the brand to get a “beachhead” – with further development to come.

Yet, the press grilling was impressive. And the press skepticism was obvious and on display. Tough “just the facts, please” questioning appeared to – after a while – wear on the Lenbrook executives present, including the “father” of this initiative, Lenbrook America President and CEO Dean Miller. Like a heat-seeking missile, question-after-question searched for shortcomings, challenges, problems, and issues. That is, of course, the journalist’s job.

Will Bluesound make it?…

Now, truthfully, I don’t know if Bluesound will make it. I’ve been at a lot of births and looked at a lot of babies over the years. Earlier in my career, I couldn’t help but notice the funny-shaped nose, or Dumbo-sized ears. Worse, I took almost a perverse pride in pointing out that this child of a dark-haired father and blond mother…has red hair (where did THAT come from, I wondered out loud).

But the fact is – as an older, more mature father of four children…I see babies differently now. They are all beautiful in their individuality. And it is impossible for anyone to tell what they will look like – or become – two or three decades into the future. So I stop looking for “issues” and enjoy them for what they represent – hope…hope for a better future.

This launch, and this brand, is different. In creating Bluesound, Lenbrook has presented us with unique all-new hardware AND an all-new, home-grown, user-friendly software Eco-system for a higher quality digital media experience. You may recall a previous post we had written about how NAD (another Lenbrook brand) was trying to pull high quality digital media performance away from the ubiquitous run-of-the-mill MP3 muck. Bluesound takes this attempt to an even higher level.

The Bluesound launch is significant for these reasons:

Three years in the making…

As if to emphasize the uniqueness of this launch, Miller noted that Bluesound has been in development for more than three years. Not only that, but the company sought extensive market input and actually launched the brand in March in Europe with a large Scandinavian distributor called AudioNord, who also happens to own 85 retail stores operating under the Hi-Fi Club brand.

The launch in Europe, which Miller referred to as “Wave 1 of the roll out,” took place in March of this year and was said to have gone “particularly well.” This was then followed up by a soft launch here in the United States in July. Bluesound, we were told, is currently in about 40 retailers nationally – primarily specialty dealers.

“We’ve appointed and installed and trained about 40 dealers, specialty dealers – our top dealers throughout North America are up and running with the product,” Miller told reporters. “And we’ve done this kind of quietly, if you will. And so today is really the epic day for us – our coming out party, if you will…and to formally announce the brand and present it to you the press.”

I wonder if the trade press was embarrassed that – despite their constant scanning of the electronics marketplace – nobody knew that Bluesound was already out there. I had contacted Lenbrook’s press agent about two weeks prior to the event when I caught wind of something going on at a nearby specialty retailer. According to what I’ve been told – I was the only person in the U.S. who asked about Bluesound prior to the event. But even I was embarrassed I hadn’t discovered more about it…sooner.

We’ll give more details in a separate post about the specifics of the Bluesound line. And, like many of my journalist colleagues, we harbor some concerns about certain elements and/or shortcomings of the specific models launched to date. There will be plenty of time to kick the tires and kibbutz about what Lenbrook has – or has not – accomplished.

But for now, on the occasion of this birth, I suggest you smile, accept the cigar from the proud Papa, and wish the parents good luck for their baby’s future.