From the High End show now taking place in Munich, Germany, Bluesound and NAD, two specialty audio lines leading the charge into high-res and high quality audio, made several interesting announcements about their efforts. Both brands are marketed here in the U.S. by Lenbrook America.

See what Bluesound and NAD announced at the High End show…

We have closely followed the development of Bluesound as it is an impressive effort by Lenbrook to further create and develop a market for a new kind of high-end product line. Specialty audio has been under pressure for several years now, with the overall market getting split between either low-end Bluetooth speakers, or $100,000 high-end installations. What happened to that digital native music lover looking for something more contemporary and reasonably priced?

The answer, at least according to Lenbrook, is for the industry to begin developing products that are more contemporary in form factor, such as wireless multi-room music systems – but that also are committed to superior sound quality. Hence, the launch of Bluesound – a new brand designed to bridge these two worlds of digital natives…and music lovers.

Bluesound, which says it is the “world’s first wireless multi-room music system to fully support high-resolution audio,” announced this week that it has received the coveted hi-resolution audio products designation by the Japan Audio Society. The company will be licensing the HRA logo and promoting it in their materials and eventually on their products. The Japan Audio Society noted in the announcement that Bluesound is the perfect candidate for the designation as they are the only wireless multi-room music systems to support lossless streaming in the home. 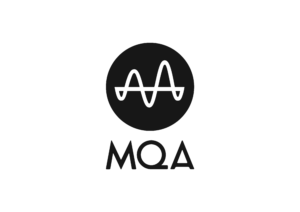 In a separate but related announcement, Bluesound said that starting June 1, 2016 all of their systems will have MQA (Master Quality Authenticated) available. An upcoming BluOS (their proprietary operating system) firmware update will add the capability and “listeners around the world will now have the ability to stream MQA music through any Bluesound Player.”

MQA is an emerging standard that is an end-to-end technology said to deliver master quality audio in a file compact enough to be streamed or downloaded. It is rapidly evolving and appears to be picking up momentum among high-end manufacturers.

NAD issued three significant announcements from the Munich show, one of which is directly related to the Bluesound announcements. NAD says that certain models in their NAD Masters, Classic, Theatre and Digital Series lines are now HRA certified. As the company notes, these models “meet or exceed the rigorous standards for HRA systems set out by the Japan Audio Society and the U.S. Consumer Technology Association.”

The newly HRA-certified models are:

NAD also announced two new multi-zone streaming products designed to be incorporated into high-quality distributed audio systems by custom integrators. The company says these new models are part of a “renewed commitment to the CI market.”

To learn more about these and other products offered by Lenbrook, visit: www.lenbrook.com.

WiSA Technologies, Inc. (NASDAQ: WISA) has been on a wild and rocky ride over … END_OF_DOCUMENT_TOKEN_TO_BE_REPLACED