New Data Sure to Send Shivers Down Integrators’ Spines 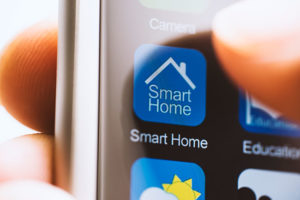 In what some might view as a startling result, new research from GfK reveals that a majority of consumers (52%) said that they prefer to install their own smart home products. This result is substantially higher than the percentage of consumers who said this (43%) the last time this survey was done in 2015.

See more on this eye-opening research on the DIY market…


Perhaps because of growing interest in smart home technology, not to mention the proliferation of smart devices, consumers seem to be demonstrating an increased comfort level with these devices. Some of the credit for this could be due to large scale manufacturers such as Amazon and Google, both of whom have focused on offering devices that are simple to install and easy to use.

Product trends favor this as well…with formerly difficult to program thermostats from traditional HVAC providers being replaced by more consumer friendly alternatives, such as the self-learning Nest thermostat which observes and self-replicates your favorite temperature settings. Add to that the number of devices that offer easy interaction via an app-based interface, and consumers feel empowered.

Whatever the reasons, GfK’s data – as reported recently in Quirk’s Marketing Research Review – appears to suggest that consumers feel more ready than ever to tackle installing, and even maintaining, smart home products and services on a DIY or Do-It-Yourself basis. For example, not only do a majority of consumers say they want to install their smart home devices themselves – an ever greater number, fully 57%, say that they want to maintain these systems themselves as well.

There is however, an age-component to these results – with the younger demographics showing the greatest propensity to want to DIY their smart home systems. In comparing the 2018 study versus the 2015 study, GfK noted that there was increased desire to self-install smart home systems of between 10-19% in the younger age ranges up to age 44. But even in the older age groups, there was still an increased DIY desire, albeit to much less of a degree.

Pressure to Increase on Manufacturers for Interoperability


The study notes that this increased desire to self-install smart home systems and services will result in increased pressure on manufacturers and service providers. Why? Well, nearly two-thirds of the survey’s respondents (62%) say they expect devices from different smart home brands to be able to communicate with and operate with each other. And that two-thirds percentage actually increases to 68% in the 25-34 age group, and an astonishing 72% in the 35-44 age group who demand this.

“Device makers and service providers alike need to work harder to collaborate and pave the way for seamless installation and service,” said Tom Neri, commercial director for tech and durables at GfK. “Reflexive siloed behavior will only drag down acceptance and yield poor word of mouth from amateur technicians. That said, there does exist a segment of consumers, skewing older, that would be responsive to an install and maintenance service support offering for smart home products.”

The GfK study was taken with 1,000 U.S. participants and balanced by age, gender, and region to replicate the overall American population demographics. Surveys were completed on multiple types of devices.

See more on this research from GfK at this link…