News comes this 4th of July holiday week that Ingram Micro, itself just recently acquired by a Chinese shipping company, has sold off AVAD, LLC and AVAD Canada Ltd., to Kingswood Capital Management, a private equity company. In an announcement from Kingswood, the company says it has brought in a new upper management team – including a new CEO, industry veteran Tom Jacoby.

See more on the sale of AVAD to private equity…

We found the announcement from Kingswood Capital Management to be quite interesting and a bit unusual. Typically in announcements of this type, both the buyer and the seller are identified and even quoted. But this announcement is completely one-sided, written by and for Kingswood.

In trying to get our heads wrapped around that fact, we were unable to get clarity as to the nature of the transaction. One company-connected source indicated to us that AVAD did not go along as part of the transaction when Ingram Micro was acquired. Therefore, we were led to understand, the new Chinese parent of IM did not sell AVAD – some other sort of transaction took place. We will continue to try and get more details – and transparency – on the transaction.

We also do not have a lot of information on Kingswood Capital Management, other than it is a Los Angeles, CA-based private equity company that describes itself as “an operationally focused middle market private equity investment firm.” AVAD employees learned last Friday that AVAD had been sold to Kingswood, and a new executive management team would take over.

Kingswood has appointed former Harman and Klipsch executive Tom Jacoby as the new Chief Executive Officer of AVAD. Taking over as AVAD’s new President is Fred Farrar, with other new management announcements said to be forthcoming.

Ever since the announcement in February 2016 of the acquisition of Ingram Micro (IM) by a Chinese shipping company that clearly viewed IM as a “logistics” company rather than as a technology company, we expected some type of announcement relative to disposition of AVAD – a distributor of specialty custom integration products. Tianjin Tianhai didn’t appear to us to have a great interest in specialty businesses with relatively modest revenue opportunities.

AVAD, which started life as the Alliance of Value Added Distributors, was always a bit of an odd fit for IM, the world’s largest distributor of IT products – sort of the mass merchant of technology distributors. The more specialty-focused AVAD, with revenues of around $200 million at the time IM acquired them, was dwarfed by their $20 billion big daddy. And, no doubt, IM is now dwarfed by their new bigger Chinese daddy. So we weren’t surprised to see the new Chinese parent company disinclined to move forward with AVAD as part of the portfolio. 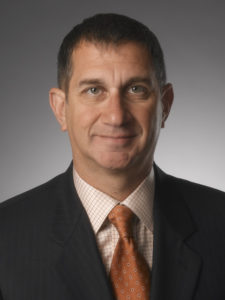 Kingswood describes AVAD as “a leading distributor of high-end audio and video solutions focused on the commercial and residential custom installation markets in North America.” AVAD, Kingswood says, “is one of the most recognized brands in the fast-growing system integration market…”

“As the market leader in distribution of premium audio and video solutions, AVAD is poised to grow its product offering and distribution reach under new leadership,” said Alex Wolf, Managing Partner at Kingswood. ” Kingswood is fortunate to partner with an industry leader like AVAD and proven industry executives like Mr. Jacoby and Mr. Farrar in this transaction.”

We are told that over the next few weeks, more executive appointments are likely to be announced as the new upper management solidifies their team. Both Jacoby and Farrar are connected through Klipsch where Jacoby was Vice Chairman and Corporate Development Officer from 2005-2007 and a Director from 2005-2011. Farrar was Executive Vice President, Operations and a Board member of Klipsch Lanham Investments from 1990-2011, and Executive Vice President of Audiovox after they acquired Klipsch from 2011-2014.

Prior to his time at Klipsch, Jacoby was CEO of Harman Consumer Group from 1980 to 2000.

We will update this story as more details emerge.

This past Friday, the University of Michigan released a preliminary reading of … END_OF_DOCUMENT_TOKEN_TO_BE_REPLACED