Yamaha Corporation announced their financial results for fiscal year 2014 (April 1, 2013 – March 31, 2014) and it is mostly good news for the company and its shareholders. However, like other Japanese companies, Yamaha benefited from an extremely favorable currency exchange rate that for some of their divisions was the only good news. Overall, however, Yamaha has much to crow about with sales up 11.8% to ¥410.3 billion ($4.0 billion) and net income up 455% to ¥22.9 billion ($223.8 million).

As we mentioned above, consolidated sales increased a full ¥43.9 billion to ¥410.3 billion or 11.8% over ¥366.9 billion last year. However, the company had significant wind in its sails as a result of the favorable currency exchange rate that was responsible for ¥42.8 billion of that increase. This is a welcome change of pace for the Japanese who had previously struggled mightily with an unfavorable exchange rate for several years…up until this fiscal year.

Yamaha gave a breakdown with information on the results for each of its business segments. Our summary of that information is below:

Sales of pianos were sluggish in Europe and certain emerging countries, but strong in N. America and Japan (especially in the period leading up to an increase in consumption tax, motivating consumers to accelerate their purchases). Sales of digital pianos and portable keyboards increased. Wind instruments were strong in Japan and N. America.

String and percussion instruments decreased when taking out the positive effect of the currency exchange rate. The company says this decline was the result of a strike in their Indonesian guitar manufacturing subsidiary. Sales of music software and lesson revenues declined.

Here the news was not so bright for Yamaha. According to the company, audio was sluggish everywhere and real sales (excluding the positive currency exchange rate) declined in all regions. Sales of equipment for commercial facilities continued to stagnate…as did sales of commercial online karaoke gear. However, the company says that sales of routers and conference systems improved. 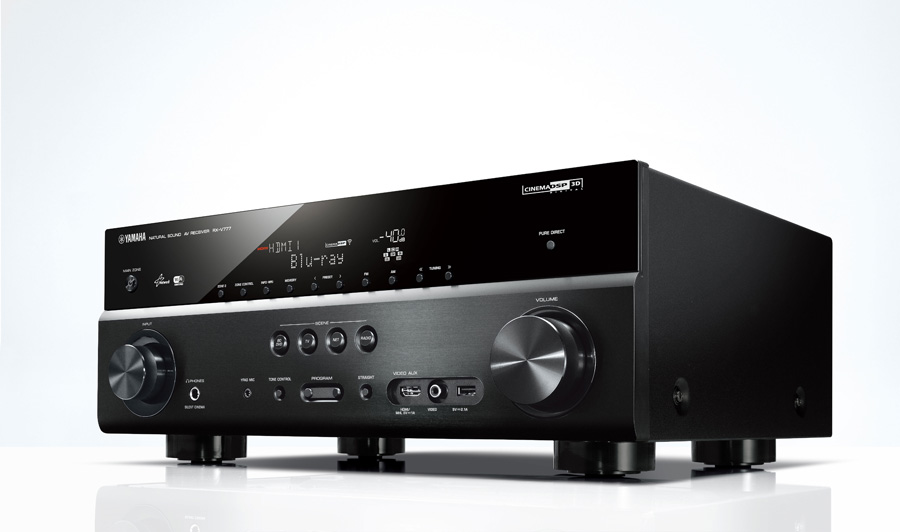 Yamaha said in their semiconductor division, sales of magnetic sensors (digital compasses) for smartphones and tablets increased. Audio processing codecs also saw a sales increase. The company did not provide information regarding the impact of the foreign exchange rate on this division.

This category contains a rather wide-ranging and eclectic mix of products. Sales of automobile interior products for European luxury cars increased, but overall sales of interior car components decreased. Factory automation equipment orders failed to improve in Japan and China, leading to a decrease in this category. Sales of golf products struggled in Japan, but this was offset by gains in other countries such as South Korea helping the category to see an overall increase. Sales in their resort business was flat.

The company did not provide a breakout of the impact of foreign exchange fluctuations on this segment.

Overall upbeat tone from the company…

Overall, the company was upbeat about their results. In fact, they were so upbeat that they told investors they were considering increasing a year-end dividend from their previously announced ¥15 per share to possibly ¥19.5 per share. Likewise, the outlook for the dividend for the full year has been increased from the previously forecast ¥22.5 per share to ¥27.0 per share.

It doesn’t appear as though Yamaha or its Japanese colleagues will be able to rely on a continued favorable foreign exchange rate to help them out. That being the case, operating divisions will need to carry their own weight.

Yamaha remains optimistic, however, that its business reforms will continue to drive better results.

See more information on Yamaha and its products at: usa.yamaha.com.

Can headphone design really be inspired by a rad-looking "supercar"? Apparently, … END_OF_DOCUMENT_TOKEN_TO_BE_REPLACED