A chemical company in Japan announced today it may have had a breakthrough discovery in the design and construction of lithium-ion rechargeable batteries that could increase their capacity by as much as a factor of 10 times. Shin-Etsu Chemical Co. says there is still much more testing to be done, but could potentially begin selling the new technology batteries within the next three to four years.

See more on this surprising announcement out of Japan…

Shin-Etsu is a large diversified business with a unit that has mostly been involved in processing semiconductor wafers. It was through drawing from this background that the company took a whole new approach to battery construction.

According to the report, the company came up with a way to produce silicon sheets that store the electrical charge inside the batteries. Just about all other competitors use carbon-based materials in their battery construction.

In testing the concept, the company discovered the capability to dramatically increase the storage capacity by using their silicon-based design. However, the process is apparently quite a bit more expensive than the more typical carbon-based designs.

Still, it’s not hard to imagine the joy of smartphone users who could potentially go days between charges…rather than hours. While smartphone users may be willing to pay a premium for this convenience – it remains to be seen just how much of a boost in price the new technology would add. 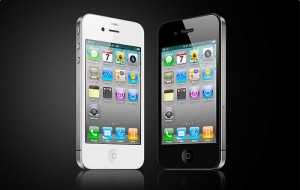 Shin-Etsu has already shipped prototypes of their design to battery manufacturers for study and testing. The company will open their own test facility sometime in 2014.

According to the report by the Nikkei, the lithium-ion market worldwide will about $17.4 billion by 2017. This figure is about 50% higher than the size of the market in 2012.

Japanese manufacturers hold about 50% of the global market for materials used in the manufacture of lithium-ion batteries. So much is at stake with this new technology.

For the time being, Shin-Etsu will work with manufacturers to solve issues related to the new technology. Issues to be addressed include reducing manufacturing costs and solving technical issues like battery degradation due to materials deforming during repeated usage.

Hitachi Chemical Co., a competitor of Shin-Etsu, is also said to be working on a technology for increasing battery capacity of lithium-ion batteries using alloys. It is not known whether their design can produce as dramatic an improvement.