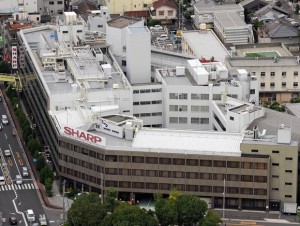 In just the last two days, Japanese and U.S. press outlets are releasing a slew of stories of Sharp Corp.’s impending doom in the form of a restructuring announcement that isn’t expected to be officially released until May. Nonetheless, multiple reports have emerged from a wide range of media sources including the Nikkei and Reuters news services with a relatively wide range of estimated job cuts – all citing unnamed sources.

See more on this recent whirlwind of reports on Sharp…

Of course, we too have reported on the buzz surrounding what is likely to be a major restructuring of a major Japanese brand with great influence on the overall consumer electronics industry. This month alone, we’ve run stories on the company’s announcement this week that it is pulling out of Canada’s TV market, a Bloomberg reporter suggesting Sharp should close, and initial reports of the impending restructuring.

But the pace of stories seems to be increasing with significantly diverging stories of the coming Sharp restructuring, which is said to include major job cuts, more market exits, financial supports from banks and/or other institutions, and more. The relatively wide variety of the reported changes coming – all of which is purported to come from company insiders or otherwise related sources – may indicate the wide range of options being considered by the company.

Yesterday, a Nikkei report said the company would announce 3,000 job cuts. Then later in the day, the Nikkei ran another story reporting a coming layoff of at least 10%. This morning, Reuters…an august news gathering organization normally circumspect about rank speculation…said they interviewed “a person familiar with the plan” who says the cuts will be a more substantial 6,000 jobs – or 12% of their workforce.

This last number is particularly impressive when you consider the fact that over the last three years or so, the company had already cut about 5,000 jobs including about 3,000 in early retirement.This unnamed source told Reuters that, of that cut of 6,000, about half would be in Japan with another early retirement offer and the remainder would be in their overseas locations…including North America.

Reuters also noted that a restructuring of this scale is projected to cost Sharp about $1.7 billion. Sharp is said to be in negotiations with its major banks, seeking a bail out – its second in the last three years. The company is expected to post losses this fiscal year – its third loss in the last four years.

Reuters says the company is offering banks a debt-to-equity swap package. Sharp has also requested an investment from Japan Industrial Solutions of $250 million. JIS is a Japanese corporate turnaround fund.

In 2012, Sharp worked with its banks on a bailout package worth about $3 billion that required them to engage in significant restructuring. It is not clear how receptive the banks are to yet another bailout.

Interestingly, the news of Sharp working on a turnaround plan, with a bank bailout, drove its stock price up 2.2%. So clearly, investors in Japan are on board with some form of a major overhaul of the company.

Reuters noted the many press reports of other actions that Sharp is considering, including exiting the North American TV market, lowering pay for Japanese workers, closing a Mexico TV factory, and dramatically cutting back their North America sales operations. However, their source is telling them that the company is reluctant to make major changes to the LCD panel business, which accounts for the bulk of its profits.

But not all of the financial community is behind Sharp. UBS analyst Ryosuki Katsura told Reuters he has a “sell” rating on Sharp stock.

“Sharp’s LCD panel factories are currently operating at close to full capacity, but with demand limited…we believe inventories are building up, which is a problem the firm seems to be putting off,” Katsura said.

Reuters also noted that many in Japan are suggesting that Sharp should sell its LCD business to Japan Display, Inc. – its chief Japan-based rival that has successfully eaten into Sharp’s market share. However, a Sharp spokesperson told Reuters the company is not considering that idea.