You are here: Home / Management / The One Buzzword That We Really Dislike 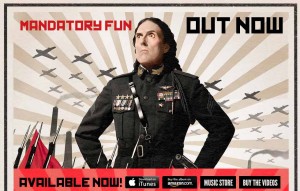 Have you seen any of the latest “Weird Al” Yankovic spoof videos from his newest album Mandatory Fun? One of them caught our eye as it was picked up by – are you ready for this – the Wall Street Journal. Set to one of our favorite Crosby, Stills, & Nash tunes, Suite: Judy Blue Eyes, this video, titled Mission Statement, unabashedly (and quite humorously) lampoons the ever-ubiquitous corporate-speak. [You can see the video below.]


We really like the way that Weird Al humorously sings a stream of corporate-speak buzzwords – in perfect 3-part harmony – that are heard every day (see the whole video below)…clearly making fun of those who talk this way. In fact, some industry consultants can spew this stuff out for hours – regurgitating trendy corporate buzzwords is their core competency. (Oops, there’s one of the phrases Weird Al spoofs!)

But Weird Al missed one. There is one buzzword that is used all the time…and we really dislike it: cost-effective. According to the Mirriam-Webster online dictionary, the true definition of cost-effective is:

But, with all due respect to Mirriam-Webster, this is not what most people mean when they use the expression cost-effective.

For example, in preparation for a potential client meeting, we had created an initial list of marketing initiatives we felt we could assist this client with – problem areas that they needed to address to improve their situation. At the top of that list was their website, which we rated as very poor – maybe a “2” on a scale of 1-to-10 (with 10 being the best possible).

As we met with this prospect – we were caught off-guard when he suddenly blurted out early in our discussion, “Have you seen our website?”

So there you have it…


Suffice it to say, our guess was wrong and he proudly informed us that he had paid only a few hundred dollars for it. “You can’t get more cost-effective than that,” he exclaimed with obvious pride.

So there you have it. When people say something is cost-effective…what they really mean is it is cheap. The corporate-speak buzzword “cost-effective” sounds so much better than “cheap.” It almost sounds…smart…or strategic. But, really, it’s just cheap…plain and simple.

And most of the users of this buzzword forget the important part of the expression after the hyphen – the “effective” part. Marketing initiatives must be fully funded to be effective – and effectiveness should always be your goal.

The fact is, when you under-fund an initiative, it most often fails to produce the desired result. And when that happens – that initiative winds up being a total waste of dollars. In this case, you were NOT cost-effective. No, in fact, you were a total spendthrift who wasted every one of those dollars.

Do more with less…


As a former corporate marketing manager, I occasionally had the experience of upper management cutting back our marketing budget mid-year. [This, by the way, should NEVER happen – but that’s a topic for another post.] Rather than try to cheaply execute all of the initiatives we had originally planned and risking their failure…my team and I strategically chose which initiatives to surgically remove from our marketing plan – and then fully executed those remaining initiatives.

So our advice to you is this – if you feel the need to be “cost-effective” with your marketing…start with the “effective” part first. If dollars are tight, then engage in fewer well-executed initiatives…rather than trying to pull off more ineffective ones.

Oh, and that prospective client? Well, let’s just say we just didn’t see eye-to-eye. But we can tell you this: that website that he got so cheaply…well he got what he paid for!

What about you? Do you have a favorite buzzword to hate? How do you feel about “cost-effective”? Leave a comment in the Comments section below…

I hope everyone has a HAPPY 4TH OF JULY with lots of family, frisbees, hot dogs … END_OF_DOCUMENT_TOKEN_TO_BE_REPLACED