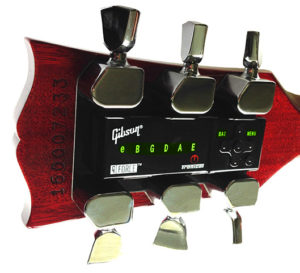 Now what? See what the U.S. Trustee objects to in Gibson’s plans…


I won’t rehash the entire history of the Gibson saga here, as Strata-gee has already published significant coverage on multiple elements of the matter. For those of you new to this story, I recommend you either click on “Gibson Brands” or “Gibson Guitars” in the Tag Cloud in the sidebar on the righthand side of this page, or enter “Gibson” in the Search Bar at the top right side of the menu bar above. You’ll find plenty of background material to digest.

Despite Gibson’s date with destiny, May 1st, when they threw in the towel and filed for bankruptcy, quick planning by major debt holders promised a relatively fast turnaround from bankruptcy. A group of six major debt holders quickly put a plan together to provide: interim financing for continued operations, a change in management with Juszkiewicz and minority partner jettisoned from the company, disposal of almost all of their consumer electronics brands, a discharge of the bulk of their outsized debt, and a new management team.

Most of this group’s actions appeared from the outside to be proceeding extremely efficiently and quickly. The major debt holders were clearly in the driver’s seat and had so convinced the judge that the were the best option for the company moving forward, that ultimately Judge Christopher S. Sontchi tentatively approved their plan.

But the fact is, for those watching more closely, there was a nasty and persistent buzz of complaining going on in the background. KKR, one of the largest debt holders driving this process, was viewed by many of the minority creditors as a late-arriving carpetbagger, swooping in to arrive in the last months of the company’s pre-bankruptcy existence to take a major stake and now find themselves as running the company as a significant shareholder. Rumors of quiet backroom deals to “expedite” matters were everywhere.


Then, in early November, the major debt holders filed a motion (known as the “Final Decree”) with the court to, in essence, wrap up major elements of the bankruptcy, discharging all remaining claims relative to 11 of the 12 debtors, and allow the new Gibson to move on with minimal follow-up reporting. Given how golden this group of debt holders had appeared to be with the judge, most news outlets, including Strata-gee, reported its likely exit from bankruptcy.

But hold the phone…the U.S. Trustee has filed an objection that looks pretty powerful. Andrew R. Vara, the Acting United States Trustee for Region 3 says the court should deny the debt holders motion for multiple reasons, including: the fact that they only seek to consolidate 11 of the 12 cases for administrative purposes, the fact that at this point not all existing claims have been fully administered, and the fact that their proposed disposition of the matter is not consistent with the plan tentatively approved by the court previously.

The Trustee’s filing is substantial – twelve dense pages of arguments – openly questioning the debt holders’ motive…suggesting that these “sophisticated debtors” are trying to avoid fees that are required in the administration of bankruptcies – such as the U.S. Trustee’s fees.

“In other words, having received all of the benefits of reorganizing in Chapter 11, the Debtors now seek to complete the administration of their twelve cases for the price of one, and the lowest-priced one at that,” the U.S. Trustee says in their filing.

The debt holders may have overplayed their hand. The effect of their proposed final decree is to combine the matter for administrative purposes under one entity, as noted in the U.S. Trustee’s filing:

(a) Closure of the cases of eleven of the twelve Debtors, including all of
the operating Debtors as ‘fully administered,’ leaving open only the case of a nonoperating Debtor, Guitar Liquidation Corporation, f/k/a Cakewalk, Inc., Case No. 18-11028 (“Liquidation”);

Why Move the Matter Under Cakewalk?


Why collapse the matter down to  a single remaining adversary proceeding (n this case, Cakewalk (Guitar Liquidation Corporation))? Well the U.S. Trustee helpfully offers an explanation for that as well.

So it would appear, the U.S. Trustee claims, that KKR and the other major debt holders are looking for a cut-rate bankruptcy, at the expense of legally required administrative bodies (the U.S. Trustee). From the looks of the Trustee’s objection, he does not take kindly to this move – ending his objection with this promise:

The U.S. Trustee leaves the Debtors to their burden of proof on each element of relief requested, and reserves any and all rights, remedies, duties and obligations, including all discovery rights.

The U.S. Trustee Has a Message for the Debtors

The U.S. Trustee ends his objection by declaring that he is reserving his rights. These words, in legal parlance, are heavy with meaning and suggest he will take all actions necessary to pursue what he believes to be appropriate “remedies.”

And so, until the court rules, the Gibson bankruptcy saga continues.