About the AV biz? Hoping Onkyo Keeps the Pioneer Name… 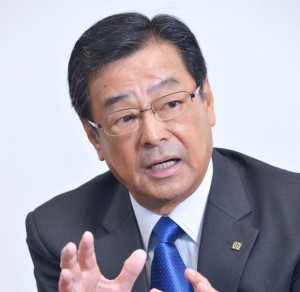 In a revealing interview with the Nikkei in Tokyo, Pioneer Corp. President Susumu Kotani said that Pioneer – after spending several months selling off all of its divisions other than automotive – is considering resorting to acquisitions in order to build a dominant position within its chosen market. A radical shift after months of divestiture, he makes clear that the company is preparing to move to offense, in order to build a new – and expanded – future.

In the wake of the changing face of the consumer electronics business, Pioneer sought to make dramatic changes in their business model – choosing to focus their attention on the car electronics business, a source of strength…and profits. Strata-gee, via its SYNCH newsletter, was the first in the industry to break the news of Pioneer’s decision first to close, then to sell off their AV division – a unit with relatively strong revenues…but one that lost money in FY2013 and only eeked out a small operating profit in FY2014.

Only a few months after selling off the AV business in June, the company announced it would sell off its DJ business to KKR in September. This leaves Pioneer with just a few smaller business units it reports in its “Other” category, which it is likely to be looking for opportunities to sell off as well.

Cutting back to, but expanding, the automotive electronics business…

Now President Kotani says the company will consider acquisitions to both intensify its top position in the automotive electronics business…and even, perhaps, look at moving into other businesses that make more sense for its future. 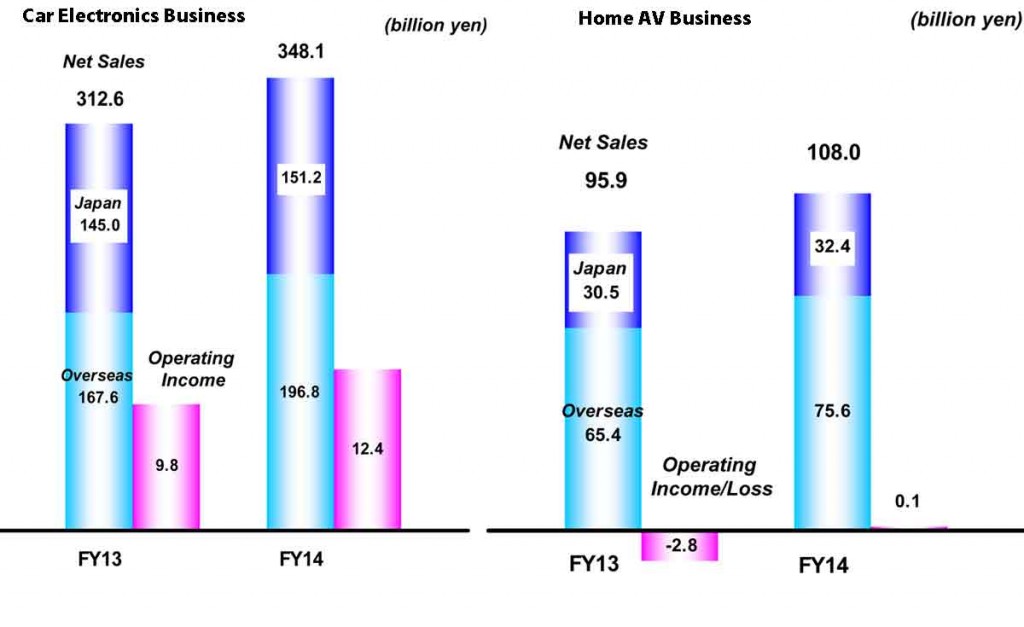 The interviewer asked Kotani about the company’s decision to sell off the AV division to Onkyo – and perhaps even more importantly – the decision to sell off the DJ equipment business to KKR. Selling off the AV division – or as the Nikkei described it – “…unloading that struggling segment…” is one thing. But the DJ business, which the Nikkei described as profitable, is quite a different matter altogether.

Pioneer believes that growth opportunities abound in the Car Electronics business and will focus on certain targeted areas in order to participate in that growth. In particular, the Pioneer President said that as Apple and other large-scale companies enter the automotive side of the business…the era of the Internet-connected smart car is upon us.

As a result of this assessment, the company plans to bolster certain areas of its business to take advantage of emerging opportunities. For example, Pioneer will target camera technologies of theirs that are associated with autonomous vehicle control systems. Some of the potential acquisitions it is considering appear to be associated with advancing their camera products.

In an interesting aside, the Pioneer President was asked about the sale of its Home AV business to Onkyo. Pioneer, Kotani said somewhat optimistically, will to be able to maintain a continuing influence on the Home AV business by maintaining a 14.95% stake in the company.

“We’ll run the unit as equals,” Kotani rather improbably said. “I’d like for them to keep ‘Pioneer’ in the company name, and Pioneer executives are expected to participate in the unit’s management.”

It’s hard for us to imagine the less-than-15% equity partner telling the more-than-85% equity partner anything. On the other hand, we have reason to believe that these two partners do share a healthy amount of mutual respect, so there may be a degree of influence there for Pioneer somewhat beyond their minority ownership interest. Although running the unit as “equals” seems unlikely.

Dividends for the company…if not investors…

Pioneer’s efforts to divest itself of non-core businesses has certainly paid some significant dividends, however. The money raised by the sale of these divisions will dramatically reduce the amount of outstanding interesting-bearing debt carried by the company – cutting it by more than half.