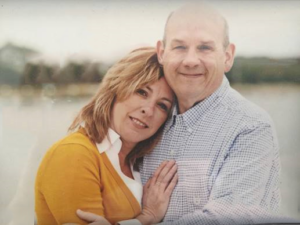 Now we have the latest information on DeFuria’s memorial service…

According to family friend Bob Brown, the family does not plan to have a funeral. However, there will be a memorial service held to honor the life and the memory of Stephen DeFuria.

The details on the memorial service are as follows:

A College Fund Set Up for Dillon DeFuria

Stephen is survived by his wife Stacey Kerek, and his four children: Jason, Elizabeth, Meghan and Dillon. Dillon, Stephen’s youngest son, just turned 9-years old the day before his father died. A GoFundMe page has been set up to raise money to be used to fund Dillion’s college education.

For those who would like to pay their respects to the family, but are unable to attend the service, please consider donating to Dillon’s college education via this GoFundMe link… The family gets an email for each donation made.

Any size donation is gratefully accepted…no amount is too small. Stephen had many, many friends in the technology industry – this is one way they can honor his memory by generously helping to provide for his family.

WiSA Technologies, Inc. (NASDAQ: WISA) has been on a wild and rocky ride over … END_OF_DOCUMENT_TOKEN_TO_BE_REPLACED