<April 11, 2012> The Department of Justice (DOJ) today filed an antitrust civil lawsuit against Apple, Inc. and five major book publishers, alleging that the parties had formed an illegal cabal for the purpose of artificially inflating the price of e-books. The publishers charged in the action were Hachette SA, HarperCollins, Macmillan, Penguin and Simon & Schuster.

According to the lawsuit, the result of the conspirators actions caused “e-book consumers to pay tens of millions of dollars more for e-books than they otherwise would have paid.” Later in the day it was revealed that three of the publishers – Hachette, Simon & Schuster, and HarperCollins – have agreed to a settlement with the government. 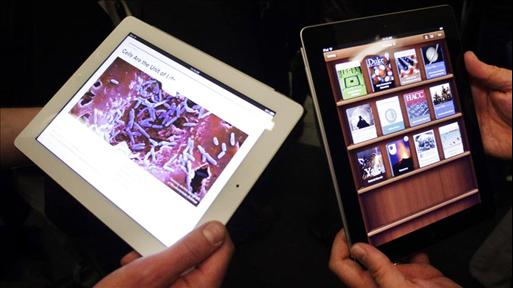 The $9.99 problem…
The action by the DOJ follows a several months-long investigation centered largely around the activities of the alleged conspirators back in 2010 during the time when Apple was planning to launch the iPad and was meeting with publishers regarding supplying their iBookstore.

Why would these companies allegedly come together on pricing issues? According to DOJ, publishers were concerned about what they called the $9.99 problem. This problem is a reference to the price that Amazon.com was using to set launches of new bestsellers. The $9.99 was way below the approximately $19.99 list price and many publishers felt that Amazon was trying to drive market share to both help their fledgling Kindle e-Book reader, and to create a monopoly of the e-Book market.

These meetings “provided the publisher defendants’ C.E.O.’s the opportunity to discuss how they collectively could solve ‘the $9.99 problem.'”

Steve Jobs’ “agency” solution…
The answer, the DOJ alleges, came from Apple’s famous former CEO, Steve Jobs who proposed to the publishers to transition away from the more typical wholesale model – where publishers sell the books in large quantities to Amazon at 50% of the retail price with Amazon free to set its own pricing – to an “agency” model – where the publishers set the retail price and pay Amazon a set commission of 30%. In the agency model, the reseller is prohibited from adjusting the selling price.

The suit actually quotes Steve Jobs: “We’ll go to [an] agency model, where you set the price, and we get our 30%, and yes, the customer pays a little more, but that’s what you want anyway.”

Apple was said to refer to the idea as an “aikido move.” 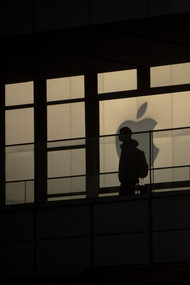 This seemed like an ideal solution with the added benefit of the publishers making more profit under the agency model. However, Apple also insisted on a “most favored nation” clause which prohibited publishers from allowing other retailers to sell e-books at a price lower than Apple.

After consummating their deal with Apple in 2010, the five publishers then re-negotiated their deal with Amazon, switching them to an agency style relationship. Amazon had no choice but to go along with the arrangement – given the collective power of these major publishers.

Result? Amazon’s share down, consumer prices up…
The result? Since 2010, Amazon has seen their e-book market share drop from 90% to 60% according to a report in the New York Times. Also, Barnes & Noble watched their market share grow to 25% of the business. Apple’s iBookstore is said to have a market share of between 10% to 15%.

And perhaps more importantly, retail prices on books have moved up from Amazon’s $9.99 to between $12.99 to $14.99. These price increases did not go unnoticed and there was much outcry when the agency model was first put into place.

Damaging evidence…
The government’s suit contains substantial amounts of damaging evidence including an email exchange from an unnamed publisher encouraging the participants to work together to get Amazon’s prices up.

“We’ve always known that unless other publishers follow us, there’s no chance of success in getting Amazon to change its pricing practices,” one email said.

“Without a critical mass behind us, Amazon won’t ‘negotiate,’ so we need to be more confident of how our fellow publishers will react,” the email added.

A trio of ‘settlers’ & prohibition…
The three publishers who have settled, Hachette, Simon & Schuster, and HarperCollins will now terminate their agreements with Apple and other e-book sellers and will be prohibited for two years from entering into new agreements that constrain retailers’ ability to offer discounts or other promotions to consumers to encourage the sale of the publishers’ e-books. Interesting, they are not prohibited from entering into agency agreements, only from agreements that prohibit retailers from reducing the price set by the publisher.

The settling publishers will also be prohibited for five years from again conspiring with or sharing competitively sensitive information with their competitors. They will also be subject to implementing a strong antitrust compliance program and must regularly report to the department on any communications they have with other publishers.

Also, over the next five years, the settling publishers are prohibited from having any type of most favored nation agreements that could undermine the effectiveness of the settlement agreement.

As for Apple, Macmillan, and Penguin…the fight goes on.

>>Want to see all the gory details?
The ALERT has obtained a copy of the DOJ lawsuit, click the link here to download> – ebooks04112012 (be patient, its a pretty large file and may take awhile to download.)