You are here: Home / Brands / This is the End, My Friend; Google Glass Social Media Accounts Go Dark

Reuters reported that all Google Glass social media pages went dark last week…with no explanation given. It was an ignominious end to one of the most anticipated tech products with one of the greatest buzz building campaigns of all time. Alas, in the end all we got was a costly beta test…

Is this the end? See more below…

No explanation was offered on any of these sites prior to their shut down. When Reuters contacted Google to learn of the reason for the shut down, the company refused to comment. Only on Google Plus did the company offer a cryptic post, saying: “Hi Explorers, we’ve had a blast hanging out with you on G+ throughout the Explorer Program,” going on to direct users who need support to the Glass web support page.

So just what’s going on here?

We first learned about Google Glass back in 2012 when the company tried an experiment by making the product, which was not yet in final form, available to early Beta testers who had to pay $1,500 for the privilege. An early progenitor of a technology that would become known as “augmented reality,” Google Glass was a somewhat geeky looking pair of glasses that projected an image seen only by the wearer.

When word first leaked out, tech enthusiasts went crazy with excitement and the first allotment was sold out. Google glasses contained a digital camera and camcorder, and soon social media was filled with images and video clips filmed by a veritable army of Google Glass Beta testers.

Although Google Glass wearers could check their email, get Google Map directions, and check out local sights on their glasses – the fact that they could record photos or video surreptitiously caused privacy concerns. Soon, restaurants and businesses began posting signs banning the devices on their premises.

The appearance of the device, which had a bulging section along one side to house the mini-projector, caused many to make fun of the wearers. Google Glass, in the eyes of many, had ceased being perceived as “cool” and started being perceived as weird. Enthusiasm for the product began to wane, and product development slowed.

Not Totally Dead, Will Live on in Corporate Version 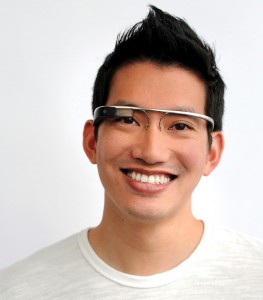 Finally, last year, Google stopped selling it and said they would reboot its role. According to Google watcher 9to5Google.com, the consumer role is over, but the product lives on as part of Project Aura which is developing, among other things, an Enterprise Edition.

As we’ve mentioned many times, Google Glass isn’t dead. Google’s front for representing the device in the consumer eye may be gone now, but in the background Glass lives on under the umbrella of Project Aura. The Aura team is working on a few different devices right now, one of which being a continuation of Glass referred to as “EE” or the “Enterprise Edition.”

Given the loss of momentum of this product, it is unlikely too many will weep over its withdrawal from the consumer market. The bigger question is: what does this mean for the promise of augmented reality?

Can headphone design really be inspired by a rad-looking "supercar"? Apparently, … END_OF_DOCUMENT_TOKEN_TO_BE_REPLACED